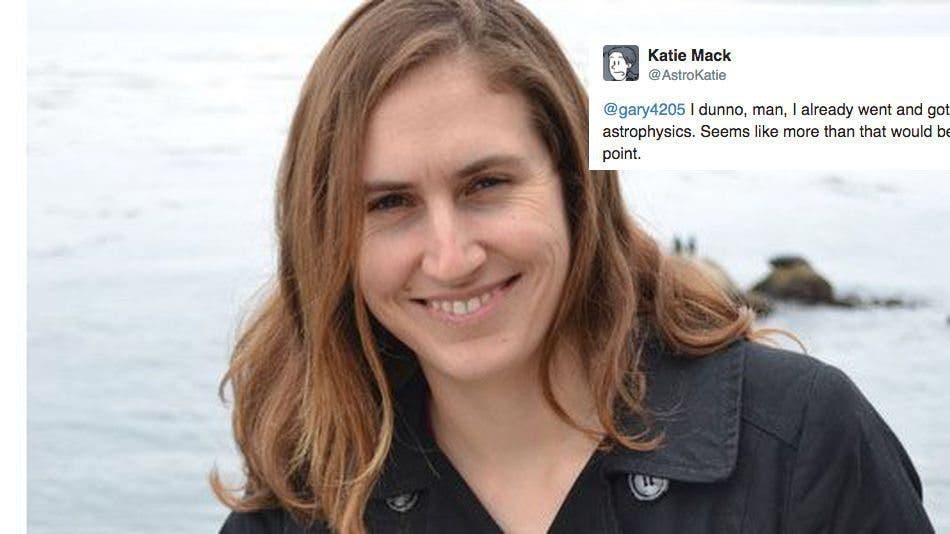 A theoretical astrophysicist just laid one of the all-time best smack downs against an empty headed lemming who believes climate change is a hoax. Dr. Katherine Mack used her massive intellect to stop a Twitter troll in their tracks and the entire Twittersphere cheered including acclaimed author JK Rowling who shared the interaction to her audience. Mack obtained her PhD at Princeton University and is employed at the School of Physics at The University of Melbourne. While some rabid individuals of a right-wing persuasion believe higher education is a detriment, those capable of critical thinking know education is the catalyst for change in all scenarios.

The interaction began in Australia on the television program Q&A, where senator-elect Malcom Roberts decried climate change as a hoax, and demanded “empirical evidence” that climate change exists. One might suggest Mr. Roberts pick up a book to find said evidence, but such individuals are incorrigible who cannot be reasoned. Roberts went on to claim NASA is guilty of corrupting climate data as part of a global conspiracy — because that is what scientists do. All around the world there is a network of millions of scientists spreading false data so they can share in the spoils of green technology. One has to believe that, or they believe man has been so careless with the environment changes have been forced for the planet to attempt to self-correct the corrosion caused by human society.

View the Twitter exchange below which has now been viewed hundreds of thousands of times:

The existence of Twitter is forever validated by the following exchange. pic.twitter.com/f3TciHPFFh

“That’s the least I could do”: Trump brazenly takes credit for winning the “war on Christmas”