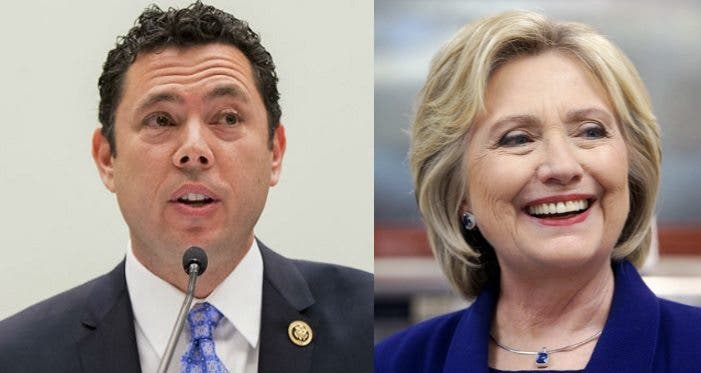 A FOX Host Just Went Rogue Live On Air, Admitted The Network Is A Sham

There’s a sharp contrast to be observed between Republicans who have maliciously released Hillary Clinton’s classified emails they received from the FBI, and an email which Hillary Clinton sent to a friend in despair that has been released by a political consultant named Mattie Bekink. Bekink and Chelsea Clinton have been friends for nearly 20 years, and she has known Hillary Clinton for about the same amount of time.

In 2014 Bekink and her husband suffered through something no parent should have to endure; her baby daughter Elouisa died in Bekink’s arms. She wrote of her feelings of loss and how she gained strength through the ordeal, “My husband helped me name a curious result of our loss — we were afraid of nothing. Nothing could wreak the havoc that Elouisa’s death did and so our new reality felt like an opportunity to live more bravely. To realize, despite the chaos of a shattered heart, the absence of fear as bold hope.”

The stoic Bekink went on to describe how she has kept this feeling of bold fearlessness in her heart until Donald Trump won the Republican presidential nomination, “I have remained unafraid until I witnessed Donald Trump become the Republican presidential nominee. I am frightened of the ugliness and hatred that are at the center of his messaging, the emptiness of his ideas, and his megalomaniacal focus on personal gain. I am horrified by the normalization of hate speech in U.S. political discourse.”  She continued, “I cannot know whether Donald Trump is actually a magnanimous soul and this campaign is just an extension of a cultivated reality show persona designed to increase ratings and generate profits. But as Michael Bloomberg pointed out, the president must govern for reality, not reality television. And I do know that Hillary Clinton is generous, loving and has never been a bystander.”

Bekink observed Hillary Clinton’s loving and generous nature firsthand after the death of her Elouisa when Clinton reached out by sending a tear jerking message. It reads as follows:

When Chelsea arrives to be with you, she’ll be carrying my love and support for you, your husband and son as you go through this painful and challenging time.

If there is anything at all I can ever do for you, please don’t hesitate to ask, my friend.

Of the email Bekink wrote why she decided to release the private correspondence, “I am leaking an email from Hillary because I also refuse to stand by.” She later wrote, “I have countless stories I could tell about Hillary’s authenticity, her compassion, her grace under unrelenting scrutiny and mud-slinging, her determined work ethic, her trying. But her words in this message to me reveal more about her than any anecdote I could share. The Clintons are not bystanders. They try. And they care. Especially Hillary.”

Bekink is the President of Martha J. Bekink Consulting which “provides strategic advisory services on rule of law and humans right issues, communications and institutional strategy.”

In the Republican effort to paint Hillary Clinton as cold and callous they’ve miscalculated. Private moments such as the interaction between Clinton and Bekink show Clinton is truly a warm and empathetic individual, willing to take time from defending herself against the nonstop barrage of cowardly Republican attacks to reach out to a friend in emotional pain. Could you imagine Donald Trump reaching out a friend in trouble? It is unlikely, as Trump has disclosed he doesn’t have any friends, and the mind jumps at the possibilities to dissect exactly why that might be.