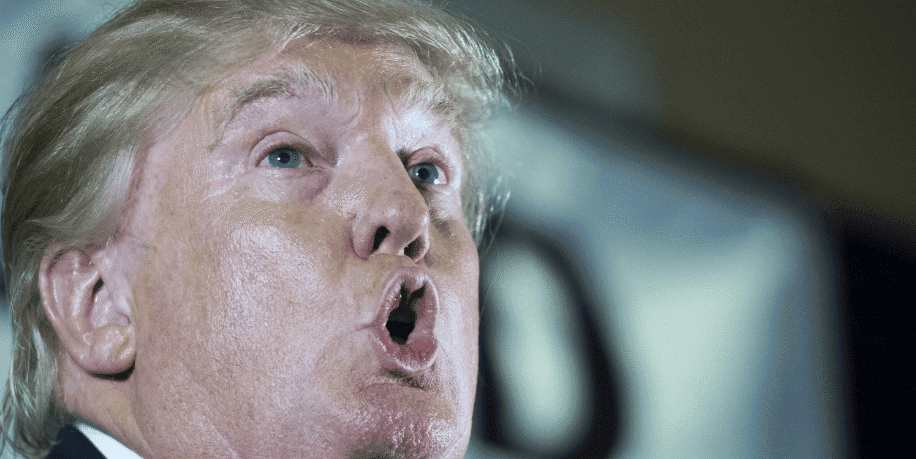 The Donald Trump experience just keeps getting weirder. Trump campaign spokeswoman Katrina Pierson, who previously made headlines for wearing a necklace of bullets during an interview, was questioned about her 2012-2013 tweets in which she referred to President Obama as the “head Negro” in charge and that he wasn’t a “pure breed” because his father wasn’t born in the United States.

Now, she is doubling-down on her racist tweets with an utterly bizarre self-deprecation and a very curious choice of words:

These tweets — I’m an activist and I am a half-breed. I’m always getting called a half-breed. And on Twitter when you’re fighting with liberals and even establishment, you go back at them in the same silliness they are giving you. So, I myself am a half-breed. We have entered silly season. Donald Trump is up in the polls. There’s desperate campaigns out there, they can’t take him down so they try to take down the people that are around him. And we’re just not going to get distracted by all that nonsense.”

While it is unfortunately unsurprising that others on the Trump campaign apparently refer to her as a “half-breed,” the term is so charged and was such a peculiar non sequitur that it raises some very serious questions about what is happening behind the scenes in Trump’s camp. Discussion of “half-breeds” and “pure breeds” is the language of white supremacists and left the lexicon of civilized people decades ago. What does she mean? That their fathers weren’t born in America, and thus were not “pure breed” American? Trump is the grandson of German immigrants himself.

What could possibly be next? Will she begin celebrating “pure-breed” Trump as the ubermensch of the Herrenvolk? Racial purity tests? In the context of Trump’s campaign proposals – mass deportations, a database, making Muslims wear “special badges” – this choice of words is very deliberate, and very disturbing.

This kind of pseudo-eugenic racism is utterly appalling, and the fact that Trump has convinced this woman to degrade herself and demean her own heritage is even more despicable. The Trump campaign has elicited far too many comparisons to the Nazi Party and their use of minorities as a national whipping boy already; the constant doubling-down transcends sense and reason. What could they possibly hope to achieve with this? It is utterly mind-boggling that we still have to deal with this kind of nonsense in an election of this critical significance.

h/t to the Raw Story