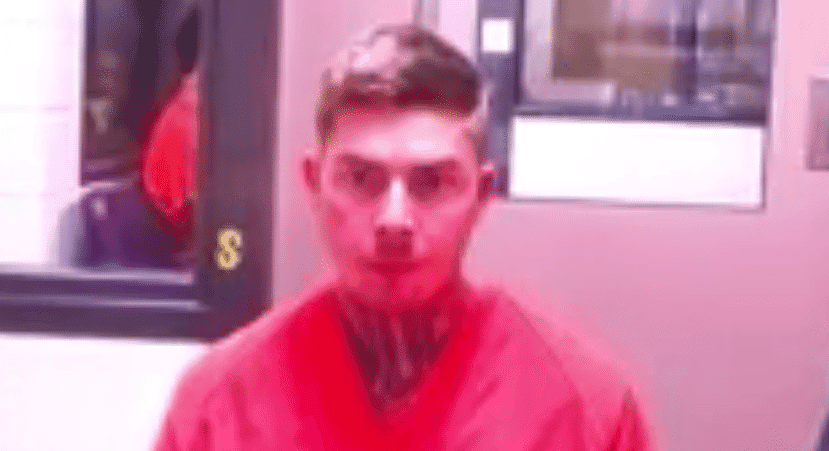 Trump Fans Were Asked To Take Trump’s “Ideological Test.” Their Answers Are TERRIFYING

Yet another racist attack has occurred in the United States, thanks to the ethnonationalist rabble-rousing of Republican presidential nominee Donald Trump. In Olympia, Washington, a white supremacist has been arrested for stabbing an interracial couple for the crime of kissing in public.

At around 8:30 last night, Daniel Rowe saw a black man kissing a white woman outside of a bar, which prompted him to scream a racial slur, pull out a knife and lunge. The “blade grazed the woman and went into the man’s hip” according to police. “The suspect is unknown to the victims and the attack appears to have been unprovoked.”

In case there was any doubts as to his motivations, Rowe told the police ‘Yeah, I stabbed them. I’m a white supremacist,” going on to babble about attending Trump rallies and his earnest desire to kill Black Lives Matter protesters. He was covered in white supremacy tattoos with words like “skinhead” and “white power” and Confederate flags. He said he “took a blood oath to fight on the street, and if he was let go tonight, he planned on heading down to the next Donald Trump rally and stomping out more of the Black Lives Matter group.”

It’s about as open and shut hate crime as you can get. There can be no greater metaphor for the abomination that is the Donald Trump campaign than a man and a woman being attacked for simply expressing their love for each other. This is what Donald Trump offers the American people – division and hatred instead of love and unity. We must ask ourselves if this is the kind of nation we want to live in. It is more pressing than ever that we defeat him in the polls this November.

Add your name to call on prosecutors to ARREST DONALD TRUMP for his crimes!Advertisements
Tags
racism Trump