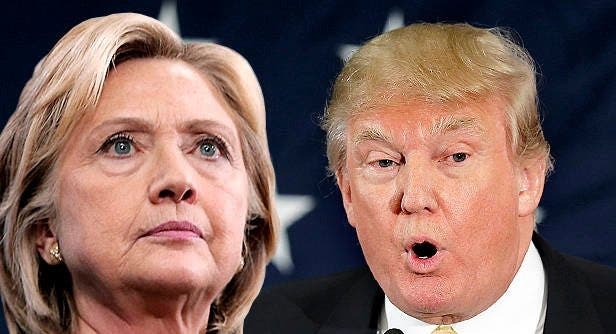 The former CEO and Chairman of General Motors just gave Democratic presidential nominee Hillary Clinton a resounding endorsement of her skills and qualifications to be our nation’s Commander-in-Chief in a passionately patriotic editorial published in today’s Washington Post. It’s his first time crossing the aisle, so Daniel Akerson explained to readers in detailed prose, the moral and logical reasons why our country must elect the Democratic nominee on November 8th:

I have always voted for Republicans for president. Not this year. The compelling rationale behind this decision: leadership. A good leader must demonstrate such qualities as competence, integrity, empathy, character and temperament.

Hillary Clinton has these essential qualities. Donald Trump does not.

There are few men in the world with the experience of running a global, multi-national organization and one whose every decision is life-safety critical. Daniel Akerson is one of those people. Notably, Akerson echoed the statements of Gold Star father Khazir Khan about the urgent necessity of empathy in a leader, and in the Oval Office.

His assessment of the necessities to manage the United States government must be taken to heart, because you can see the results in General Motors, who has set global sales records for the last three years including Akerson’s final year at the helm of the company, from which one can today reasonably say that this man setup his company for actually measurable success:

Trump claims great business prowess. Running the U.S. government is perhaps the most complex global chief executive job in the world. Everything one does as the leader of the free world is watched by markets, foreign governments, our competitors and our enemies. This requires a steady hand and temperament.

When I worked at General Motors, our global operations comprised more than 100 plants and roughly a quarter-million employees. Supply-chain management and the orchestration of commodities, parts and components around the globe required a multinational, interdisciplinary effort. In every chief executive job I have had, my team and I spent countless hours analyzing global trends, listening to experts, learning from others and making informed, reasoned decisions. Trump does none of that.

But the endorsement wasn’t just a simple denouncement of Trump like some of the wave of defecting Republicans announcing their intent to cross party lines and oppose the “alt-right” campaign for President. Daniel Akerson made a compelling argument why Hillary Clinton’s experience has prepared her uniquely for the role of being the President of the United States by comparing her to past Presidents who’ve faced down their opponents – specifically those in Moscow, in a thinly veiled reference to Donald Trump’s recently uncovered Kremlin connections:

I simply do not believe that Trump could stand tall like John F. Kennedy did during the Cuban Missile Crisis, demonstrate the strength of Ronald Reagan in bringing about the end of the Cold War or articulate the vision of George H.W. Bush to support a unified Germany when the wall came down.

By contrast, Clinton has been tested. She has demonstrated balance, calm and an even temperament. She has an unparalleled knowledge of foreign and economic policy; she has run complex organizations such as the State Department. Over the years, she has demonstrated that she can take criticism and work with even her most strident political opponents. Like other leaders, including myself, she has made mistakes. I believe she has learned from those mistakes. In my opinion, she is ready to be commander in chief on Day One.

Wise businessmen like Daniel Akerson understand the need for a private sector and an intelligent public sector too. His entire endorsement is really worth a read, as he dove into many specifics like Trump’s “threat to impose prohibitive tariffs on trade would repeat mistakes that contributed to the Great Depression” and many more reasons why no self-respecting Republican should vote for their party’s nominee this year, and why they absolutely should vote for Democratic nominee Hillary Clinton.