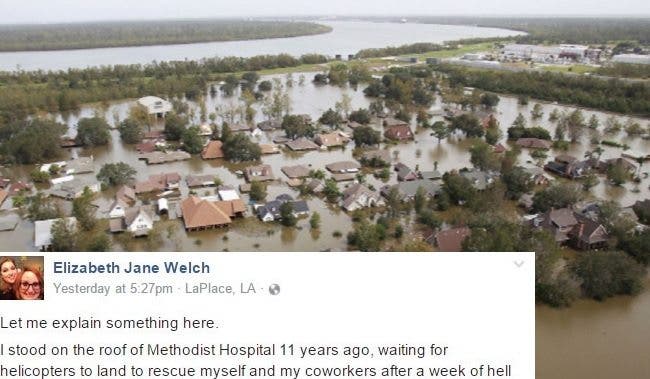 Almost on cue, conservatives began howling and screaming about the fact that President Obama did not suddenly drop everything he was doing to rush to Louisiana, which is currently experiencing massive flooding.

Right-wing propagandists immediately began accusing the president of being unpresidential and neglecting his duty, despite the fact that Louisiana Governor John Bel Edwards publicly asked both him and Republican nominee Donald Trump to stay away, so that the state wouldn’t have to divert resources away from rescue operations and could focus on actually helping people. Obama did as he was asked; Trump, of course, insisted on showing up to hug some white folks and have his picture taken in front of a truck, grossly exploiting a tragedy for his own political gain.

A Hurricane Katrina survivor, frustrated at the false narrative being bandied around by the right-wing, took to Facebook to explain what was actually going on – and why it was so important for the President to stay away. 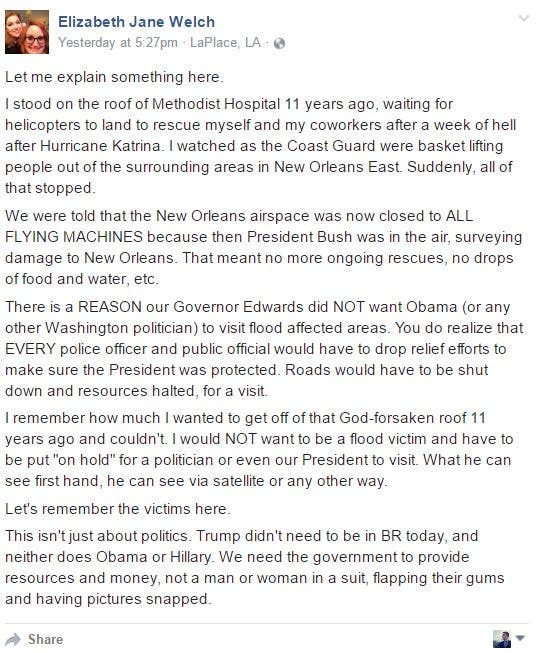 Make sure you send this to all your relatives sharing Drudge Report links about how presidential Trump is looking for handing out boxes of Play-Doh, and let them know he was actually making life harder for the people of Louisiana in their time of need.