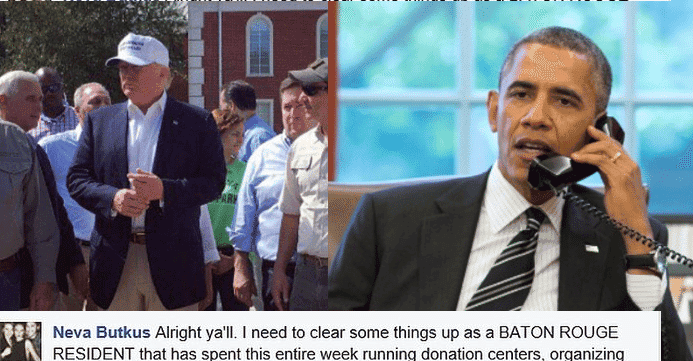 Louisiana residents are no stranger to the volatile fury of nature and the destruction she brings. As humanity continues to recklessly burn fossil fuels and heat the planet, tragedies like the floods currently plaguing the state of Louisiana will continue to occur with greater intensity and greater frequency.

With that in mind, it’s important for us as a nation to learn to properly react to such events, to learn how we can truly help – and when we’re just getting in the way.

Mrs. Neva Butkus of Baton Rouge, Louisiana, just taught Republican nominee Donald Trump a critical lesson in disaster management – and told him what she really thought of his selfish photo opportunity, which really made life more difficult for people in the area instead of doing anything actually helpful. 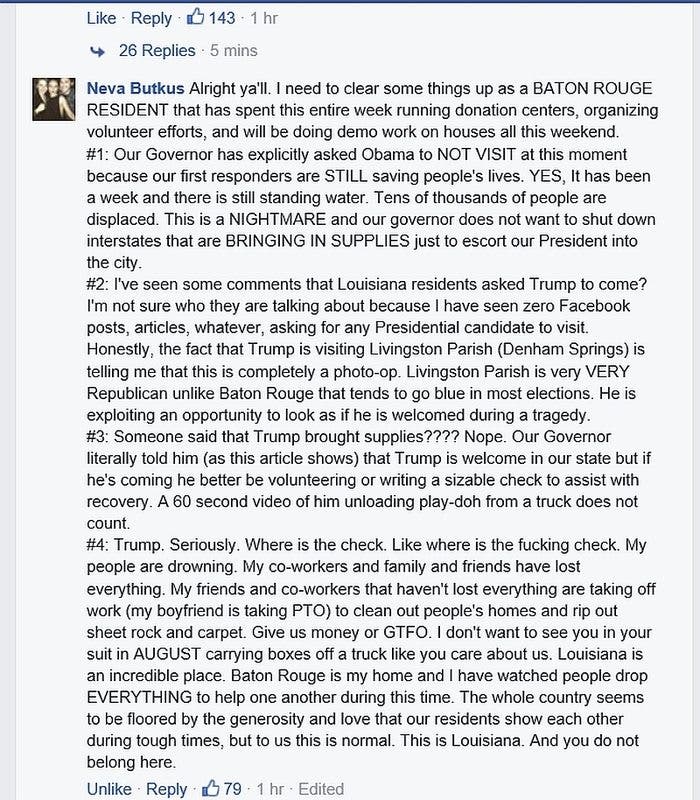 Right-wingers are falling over themselves to praise Trump for his “presidential” actions – but Mrs. Butkus’ words put into sharp perspective that Trump’s visit was nothing but a cheap attempt to exploit a tragedy for political gain. He cares nothing for the people of Baton Rouge, or any American not named Trump.