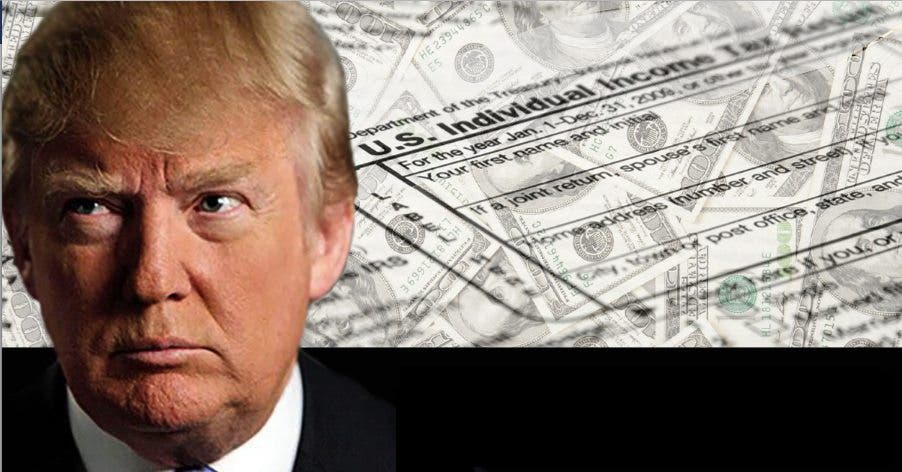 Racists Graffitied A Black Family’s House. Their Neighbors’ Response Will Warm Your Heart

Republican presidential nominee Donald Trump’s nonsense reasoning for refusing to release his taxes is disintegrating before our very eyes, but that is not stopping his campaign and supporters from pushing forward as if reality does not exist. One must stay in a permanent state of obliviousness to support Trump after all.

For months Trump and his campaign have stated they would release his taxes, and they desperately want nothing more than to release them. However, as the tall tale goes, while Trump is under an audit by the IRS they have no choice but to keep the taxes under lock and key. The IRS has stated there is no law preventing Trump from releasing his taxes, but we now know the time period of Trump’s audit. We’re not even going to pay attention to the fact that this “audit” of Trump would easily be one of the longest audits in the history of the IRS, as there is far more damning evidence.

CNN has confirmed to the nation that Donald Trump is not being audited from 2008 or earlier. While there is still speculation Trump is not being audited at all, CNN’s revelation opens Trump’s campaign up to a slew of new questions. For example, if Trump’s primary reason to not release his information is to wait for the audit to be completed, why won’t he release the information from 2008, or 2007? Or 1999?

The only conclusion a rational thinking person might draw, which precludes Trump’s supporters, is Trump has something to hide in those tax returns.

Is he not as rich as he claims to be? Does he not pay as much in taxes as he claims? What about his charitable donations? The American people are demanding answers.

Trump and his campaign have calculated the fallout from not releasing the taxes is less than the devastation he would suffer if he were to release the information. It’s that simple.