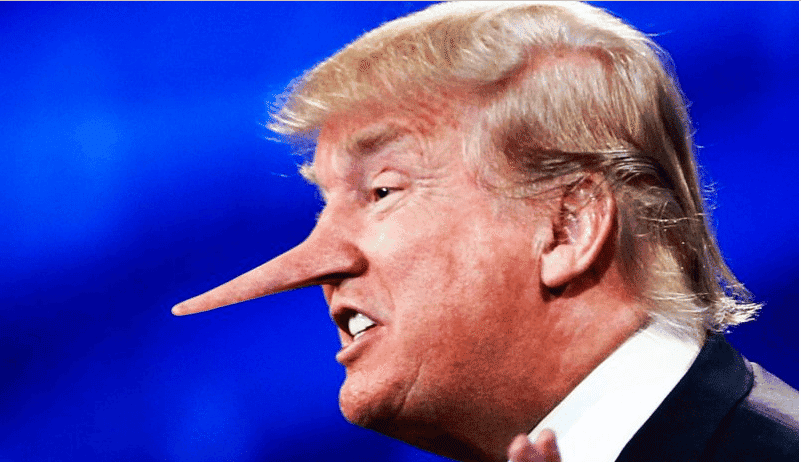 Louisiana Governor John Bel Edwards asked Donald Trump not to come to his state for a photo op, but Trump did anyway, unloading a truck of goods for a full minute. The stunt disrupted emergency workers and volunteers. Individuals defended Trump’s Louisiana trip because he “donated” an entire semi-truck of goods, and made a sizeable cash donation the Louisiana Flood Relief Fund. That is a fine tale of fantasy because evidence shows Trump lied about both scenarios. The truck was not his, and he didn’t donate a single dime.

Trump’s story began to unravel when Washington Post reporter David Farenthold reached out to the local government of Ascension Parish, where Trump allegedly “donated” the truck of goods. Farenthold merely asked a simple question, could they confirm Donald Trump donated a truck of goods to them? Their reply swiftly shattered Trump’s lie:

Did @realDonaldTrump donate supplies in LA? Ascension Parish Spox: “We don’t have any info about a donation truck that came from him directly”

If the government had received a truck of goods from Trump, they would have confirmed it. As they claim to not have any information about the donation, that means Trump didn’t donate anything. Surely Trump’s zombie supporters will claim the government of Ascension Parish is biased, but they have already proved themselves to be abject fools and out of touch with reality. The evidence speaks for itself.

Did @realdonaldtrump donate to the La. flood relief fund, as Gov suggested? The fund no-commented. Up to Trump to say.

Such a sizable donation from a polarizing figure like Trump would certainly spur many other donations, and charities are in the business of receiving donations. Why would they turn down the opportunity when they are in a position to benefit greatly from the national publicity? Trump’s story doesn’t pass the smell test.

The onus falls upon Donald Trump’s campaign to prove he did indeed donate a truck, and that he did indeed donate $100,000. While Trump is often skittish about releasing financial documents, like his taxes, for example, the famed braggart has never missed an opportunity to fuel his narcissistic supply. The mere fact that Trump has yet to release any evidence of either donation is evidence enough that he is playing the entire nation for fools, and using the suffering of the people of Louisiana for his own sinister gains.