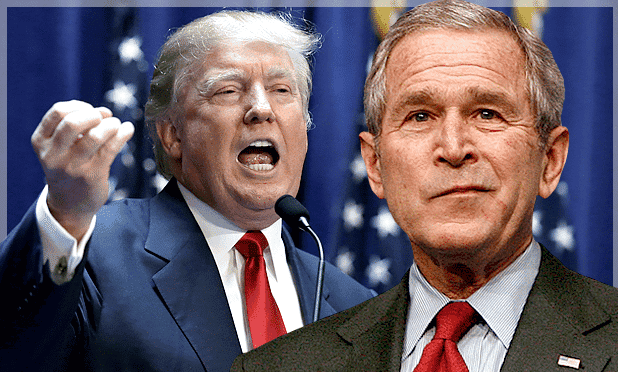 For the second time, a former Republican who led the Internal Revenue Service has called for Donald Trump to release his tax returns immediately, or at the very least the first three pages which show income, taxes paid and charitable donations.

Nothing prevents us as taxpayers from choosing to release our tax returns — and those who aspire for the highest public office have done so for decades. And they do so precisely because their returns provide a window (for better and worse) into who they are. Inevitably, his refusal to release his returns raises a question: What is Trump hiding?

Even Trump’s new campaign manager Kellyanne Conway thinks that the racist candidate’s tax returns are “not transparent” and that he should release them -or at least that’s what she said earlier this year on CNN. But Conway has changed her tune, now that she’s been elevated to Campaign Manager – or as Politico more aptly calls her “candidate manager” – in the wake of the resignation of Paul Manafort from his prior role as c oligarch concierge.

Conway has told the LA Times that, “I’ve learned since being on the inside that this audit is a serious matter and that he has said that when the audit is complete, he will release his tax returns.” Amongst the continuous hail of political lies peddled by Republicans – and in the annals of Presidential politics, nobody has told even close to as many lies as Donald Trump – the “can’t release because of an audit” lie still stands out as THE singular worst lie of the 2016 campaign. The former IRS commissioner was unequivocal in pointing out the truth:

Releasing this information would have no impact on any pending or future IRS audit of Trump. Zero. None. It is a risk-free first step with no downside.

While painting a far from complete portrait, it would answer a few of the questions that Trump himself has raised during the campaign: He claims that he makes a lot of money; he claims that he makes significant charitable contributions; and he claims that he reduces his tax liability as far as current law allows. It could provide insight into Trump’s record in business, such as more information about his important sources of income (real estate, domestic and off-shore investments) and the tax impact of debt forgiven in his bankruptcies.

Donald Trump revealed the real reason for his obfuscation to ABC’s George Stephanopolos months ago, telling him in a fit of anger that it’s none of our business, and that he fights to pay as little tax as possible on his earnings.  Of course, it’s Trump’s right to hire CPAs and skilled tax attorneys like Mr. Goldberg, and to take advantage of the tax breaks written by Republicans in Congress for the rich to get out of paying their fair shrare. But as a candidate for President, the public has a duty and a right to know everything about the finances of the singular person asking voters to deliver them vast power over our federal government, and to know who that candidate does business with, to verify their claims of charitable giving, and to know their tax rate and overall earnings.

Now Trump has literally no excuse left, but don’t expect the Republican to cease making creative if inevitably false excuses. If there’s one thing we all know Donald Trump can build quickly, effectively and under budget, it’s a wall of lies.