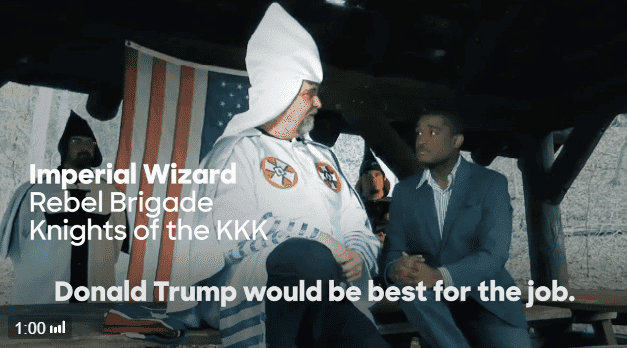 Far from backing away from the unsavory characters, Donald Trump’s relationship with the so-called “alt-right” has grown deeper and increasingly alarming as the election proceeds. “Alt-right” sounds like a music genre, which in itself is an aspect of their identity – the recasting of racism, sexism, homophobia, white supremacy, neo-Nazism, and ethnonationalist sentiments into more publicly palatable terms.

They couch their demands in terms of “free speech” and fighting “political correctness,” of border safety and economic security – but behind the facade lies the same hatreds and prejudices that culminate in slavery and genocide. They are the self-professed “shitlords” who throw tantrums online about “feminization” of culture and send rape threats to female journalists, the keyboard warriors who hacked Ghostbusters actress Leslie Jones’ computer and posted nude photos and personal information along with racist attacks; the scum who have a meltdown over an interracial couple in an Old Navy ad.

The Clinton campaign has sought to remind the American people of just who these people are and who they are and what they really represent in a devastating new ad.

There’s a reason the most hateful fringe of the right wing is supporting Donald Trump.https://t.co/AqB3DM2m0N