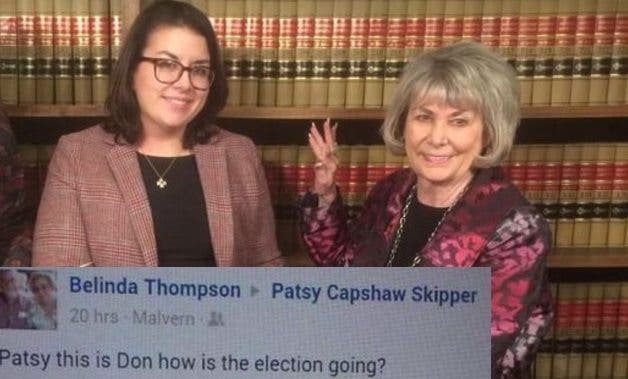 Republicans like to protest against liberals who accuse them of being racist – until they decide to show their true colors. The Republican mayor of Midland City, Alabama took to Facebook to vent her frustration at losing her election to a black candidate – in the worst way possible.

Mayor Patsy Capshaw Skipper lost to former assistant city clerk Jo Ann Bennett Grimsley, getting only 148 votes while her opponent gathered 233 votes. She was awarded the position by the city council when her husband, former Mayor Virgil Skipper, retired for health reasons.

This is typical behavior from the party that has embraced toxic prejudice so deeply that their base chose rabble-rousing racist Donald Trump as their nominee, who has run a blatantly racist campaign. Every day of this election cycle has just proven over and over again how racism is still alive and well in the United States – and highlighted just how many Americans still believe this kind of behavior is acceptable.