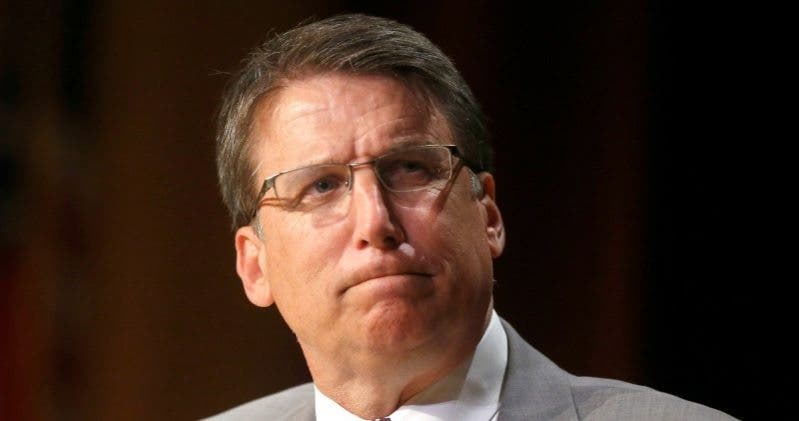 Trump Said He’s Not Racist. Here’s A List Of All The Times Trump Was Racist

In a huge blow to anti-LGBT conservatives across the country, a federal court has just ruled that North Carolina’s discriminatory anti-transgender “bathroom” law, HB 2, is unconstitutional on the grounds that it violates Title IX of the Education Amendments to the Civil Rights Act.

HB 2 “directs all public schools, government agencies and public college campuses to require that multiple-occupancy bathrooms and changing facilities, such as locker rooms, be designated for use only by people based on their “biological sex” stated on their birth certificate,” specifically targeting transgender Americans from not using bathrooms that don’t correspond to their “biological sex,” thus mounting an existential refutation of the idea of gender fluidity and helping to propagate a dangerous myth that transgender Americans are simply pretending to have different genders in order to sexually assault women and children.

US District Court Judge Thomas Schroeder noted, “Ultimately, the record reflects what counsel for Governor [Pat] McCrory candidly speculates was the status quo ante in North Carolina in recent years: some transgender individuals have been quietly using bathrooms and other facilities that match their gender identity, without public awareness or incident. Accordingly, the court will enjoin UNC from enforcing Part I against the individual transgender Plaintiffs until the court reaches a final decision on the merits in this case.”

HB 2 has triggered a firestorm of condemnation around the country, prompting the NBA to move it’s All-Star game out of the state and a host of other business to pull their dollars from the state. Governor Pat McCrory has stubbornly stuck by his discriminatory laws, to the point where he’s in real danger of losing his seat – and many voters say it’s this hateful bills that’s hurting him. If this injunction stands, it will be a huge blow to right-wing religious anti-gay extremism and a decisive win for tolerance in the United States.