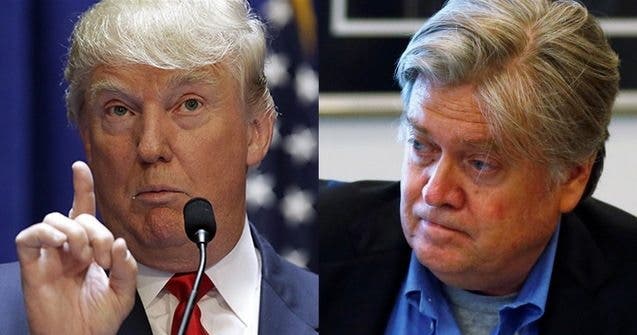 Steve Bannon, Donald Trump’s new campaign manager and editor of the alt-right racist tabloid Breitbart News, is committing felony voter fraud. He votes in Florida, a major swing state, but his Florida ‘residence’ is unoccupied and about to be demolished. Bannon claims the property in Miami-Dade County on his voter registration, presumably so he can vote in one of the states where his vote matters most.

However, since Bannon does not actually reside in Florida, he is committing voter fraud. According to the Miami-Dade Division of Elections, residency is established if a “person mentally intends to make his or her permanent residence;” this can be proven with a driver’s license, mail addressed to the house and “doing other activities normally … associated with home life.” Whatever Bannon is doing to claim he resides at an abandoned demolition. As the Guardian notes, “wilfully submitting false information on a Florida voter registration – or helping someone to do so – is a third-degree felony punishable by up to five years in prison.”

The Trump campaign insists that Bannon is residing at “another location” in Florida, but this location is undisclosed and not available to the public record – because Bannon is not registered to vote there. In the past he has lived in California but rented the house in Miami for his ex-wife whom he divorced in 2009. We cannot determine whether he remained in the house, but if he rented it for a woman and then divorced her, we imagine he likely did not stay there.

Coming on the heels of POLITICO’s revelation that Bannon is a vicious wife-beater, it truly speaks volumes about the kinds of people that Trump hires to run his campaign. Bannon’s wife Diane Clohesy was left with “red marks on her neck and wrist after the New Year’s Day argument over money for groceries when she woke early to feed their twin daughters and he ‘got upset at her for making noise.'”

It shouldn’t come as too much of a surprise, however, considering the heinous content that his fascist hate-rag puts out on a regular basis. Bannon is one of the most dangerous political operatives in America, an exceptionally despicable man in character. Since Bannon came on Trump’s staff, Trump has been declaring that when he loses the election, it’s because the system was “rigged” – and here we are with his own campaign manager trying to rig the system.