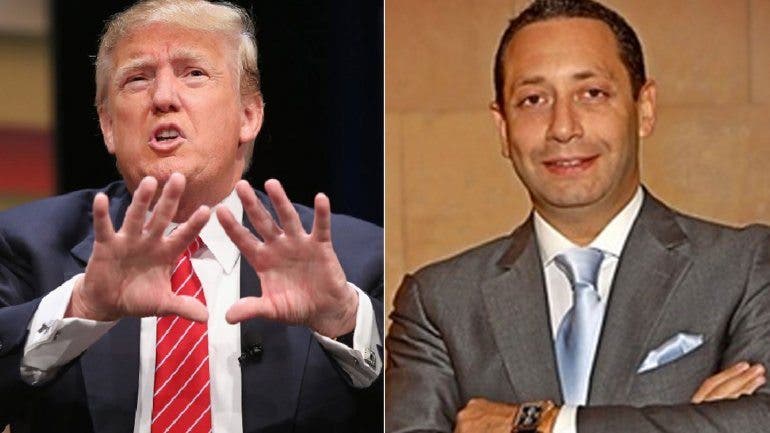 Trump may have purged Russian dictator Vladimir Putin’s inside man from his campaign, but his ties to unsavory Russian figures continue to hound his electoral ambitions. It is now being reported that Trump was paid a special visit by one Felix Sater, a Russian-born, convicted mafia-linked businessman who just so happened to give the maximum allowable donation to the Trump war chest. Sater told POLITICO the purpose of his visit was “confidential.”

Sater and Trump go back a long ways; they co-developed a major Trump project in New York and Sater was later “hired by Trump to drum up business in the former USSR.” In 1999, Sater joined Bayrock, a real estate firm located in Trump Towers and pursued “business ventures” with Trump in the early 2000s. At this point in his career, Sater already had a conviction for a stabbing (1996) and for racketeering (1998) in a Mafia-related stock fraud, after which he turned snitch and became an FBI informant.

Bayrock, a Russian immigrant, was brought onboard by Tevfik Arif, a former Soviet commerce official from Kazakhstan. While Trump claims today that he “wouldn’t recognize him,” the deposition of the criminal case they gave together shows that Trump was “particularly taken” with Sater’s overseas connections; the perpetual narcissist was excited at the thought of having his name on buildings in places across the world like “Moscow, Kiev, Istanbul, Warsaw, etc.”

Sater was once so close to Trump that ABC News discovered he carried a business card that said “Senior Advisor” to Donald Trump. Trump and Bayrock Group built the $370 million Trump SoHo tower in association with the Sapir Organization, run by ex-KGB associate Tamir Sapir and his son, Alex Sapir, who was a a former lieutenant of the Soviet-born Israeli billionaire Lev Leviev, a Putinist oligarch.

The construction of Trump SoHo tower was heavily protested by the local residents, but was completed anyway in 2007. Unsurprisingly, question marks arose almost immediately. It turned out that Trump and his fellow con-men tried some trickery to dodge zoning laws; “owners of Trump SoHo units were allowed to live in them only 120 days a year. The rest of the time, the units would be rented as hotel rooms, with the owners sharing in the revenue.” Sales of units slowed almost immediately despite Trump’s promises that over 3,200 people had already committed to buy, and angry investors wanted answers.

The lawsuit from potentially defrauded buyers of condos and for possible “financing from questionable sources in Russia and Kazakhstan,” was quietly settled out of court by Trump, who likes to boast about how he never settles but often does when he knows he’s guilty. In addition, the criminal case was quietly closed not long after.

It just goes to show that Donald Trump freely associates with predatory schemers, convicted felons, and despicable manipulators in his pursuit of his own personal agenda. Trump has no qualms about defrauding, lying, or misrepresenting the truth to get his way, and should be disqualified from the presidency.

Here’s another picture of Trump with Sater: