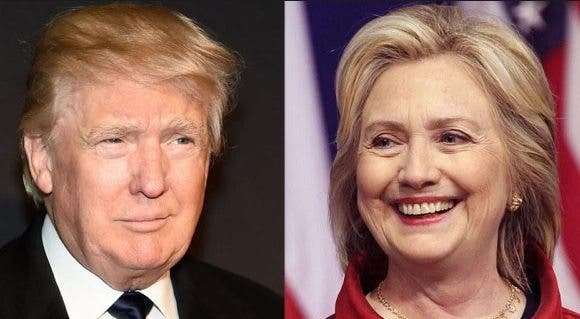 Republican presidential nominee Donald Trump’s penchant for baseless incendiary rhetoric is a staple of his campaign, but when he made the obliviously idiotic statement that Democratic presidential nominee Hillary Clinton is a “bigot” he slumped to a yet another new low. Trump knows his campaign is sinking and his tactics have devolved to an “I know you are, but what am I” elementary playground variety.

Clinton harpooned Trump while talking to CNN’s Anderson Cooper, “He is taking a hate movement mainstream. He’s brought it into his campaign. He is bringing it to our communities and our country. And someone who has … courted white supremacists, who has been sued for housing discrimination against communities of color, who has attacked a judge for his Mexican heritage and promised a mass deportation force, is someone who is very much peddling bigotry and prejudice and paranoia.”

If one wonders if the faux-billionaire is cognitively aware of the definition of bigot, they are not alone. The LA Times recently destroyed Trump’s pathetic attempt at passing his own sins off on Hillary Clinton. They wrote:

It is no surprise that Trump is annoyed. The contention that he is allied with racists undercuts his newly launched effort to reach out to non-white voters. In a speech this week given to a mostly white audience, Trump pleaded for blacks and Latinos to give him a chance. “What do you have to lose?”

Trump knows what he has to lose: an election. His support is abysmal among African Americans and Latinos, worse than any past Republican presidential nominee. According to polls, most of those people think he is a racist. There are simply not enough angry white voters to make up for his deficit with the minority electorate.

Trump could have responded in many ways to this onslaught, but he chose to take the approach of a 5-year-old who has been called a name and simply shouts the same name back — “I’m not a bigot, you’re a bigot!

But calling Hillary a bigot? That’s a tactic that assumes blacks and Latinos do not know what a real bigot is. Bad assumption, Mr. Trump. They know. They know too well.

Trump, in his unending spiral of stupidity, could not stand idly by while Clinton told the truth about him. He decided the best tact to take would be to accuse Clinton of the same thing of which she accused him! Trump bellowed during a rally with a nearly all-white audience, “Hillary Clinton is a bigot who sees people of color only as votes, not as human beings worthy of a better future. She doesn’t care what her policies have done to your communities. She has no remorse. She’s going to do nothing for Hispanics and African-Americans.” After making the statement the audience, which should have been wearing pointy white hats, either to symbolize they are dunces or racists.

One can tell a ship is sinking by the behavior of the rats on board. Self-preservation is the soup du jour for the Republican party and its leadership, who are slowly moving away from Trump. Plans are being put in place to cut Trump’s funding in just a few weeks, while Republican strategists craft scenarios where lesser-known congressional representatives fighting for their elected lives distance themselves from Trump. When members of one’s own party are claiming their electability is predicated upon not being associated with their party’s presidential nominee, the bigoted nominee knows he is in trouble. Even if he won’t admit it in public, Trump surely must be aware of the incalculable damage he has caused to himself and his candidacy.