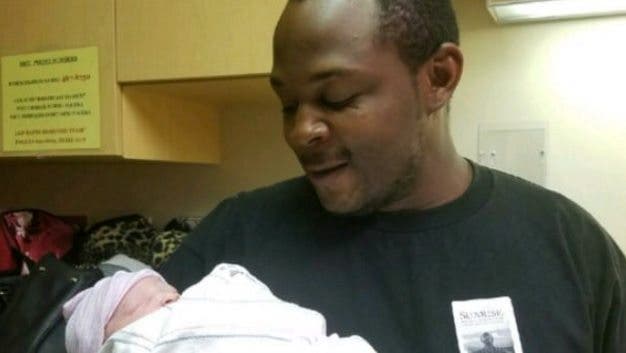 Every American Should Read Kareem Abdul-Jabbar’s Defense of Kaepernick

In yet another case in a rising trend of African-Americans losing their lives over nothing, a man in Las Vegas has been fatally shot. Mohammed Robinson, 31-year-old father of two, got into an altercation with a woman at a McDonalds for apparently failing to hear her request to hold the door open for her.

The woman then complained to her male companion, who promptly drew his weapon and shot Robinson dead.

He leaves behind a girlfriend and his fourteen-year-old daughter, who cannot comprehend why her father has been suddenly taken from her. “My dad would open the door and hold it for the lady but he probably didn’t hear her. I love him. I wish he was still here” mourned Miniya Sampson.

Robinson’s youngest daughter is just three months old and is suffering from a blood sepsis infection.

Coming just days after a white man crashed his car into a black woman’s vehicle, drew a rifle and shot her dead on the spot while her hands were raised, it highlights the ease with which Americans will murder blacks – and that black lives clearly don’t matter very much to their fellow citizens.

The symbolism here is poignant. If the perpetrators were white – which, let’s be honest, they almost certainly were – this murder is punishment for not showing deference to whites. When minute acts of perceived defiance are responded to with such horrific violence, it’s clear that racial relations in the United States are in a very bad place, and that the conversation that people of color like Beyonce and Colin Kaepernick are trying to provoke is more critical than ever.

If you’d like to help the family cover funeral costs, their GoFundMe page can be found here.

Add your name to call on prosecutors to ARREST DONALD TRUMP for his crimes!Advertisements
Tags
Mohammed Robinson style