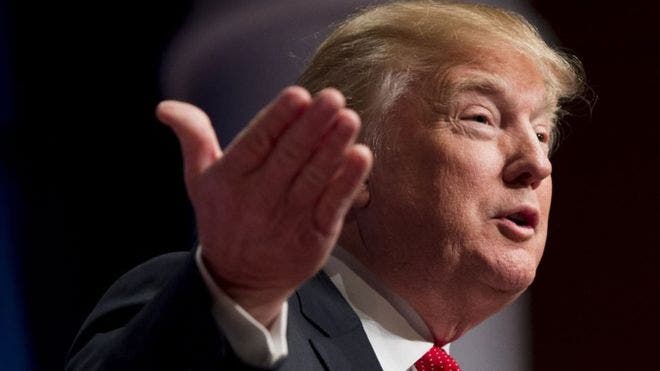 Republican candidate Donald Trump’s campaign has built itself on extreme anti-immigration policies since its genesis in 2015. According to Trump, America is awash with illegal immigrants who steal jobs from hardworking Americans, plunge society into chaos through violent crime, and condemn American citizens to second-class lives. Trump travels across the country ‘championing’ the plight of the average working class American, doling out tough criticism and harsh rebukes to politicians and employers that enable outsourcing of jobs and hiring of illegal immigrants.

It should come as a nasty surprise to his supporters that Trump has spent most of his career as the antagonist of blue collar American workers. In addition to rampant outsourcing and refusing to pay his contractors after they completed jobs, Trump also deliberately brought illegal immigrants into America to work.

Trump Model Management (TMM) knowingly hired foreign models to work in America without a proper work visa during the early 2000s. The illegal flouting of American labor law could have easily been occuring since the founding of TMM, and might have continued into recent years. Rather than invest in a work visa upfront for a foreign model, TMM would bring models into America on tourist visas where they would then work illegally. A model would only receive a work visa if TMM decided that she was a lucrative investment after a few months of working.

Top Canadian model Rachel Blais has spoken openly with the press about the management practices at TMM, and two other models (‘Anna’ and ‘Kate’) have given detailed accounts anonymously, with the details corroborated by photographers and stylists who worked on their photoshoots.

TMM staff would coach models on how to get through customs without the proper visa. They were told to lie about why they were visiting America and where they would be staying. Anna says an agency representative told her, “If they ask you any questions, you’re just here for meetings.” Kate was told, “When you’re stuck at immigration, say that you’re coming as a tourist. If they go through your luggage and they find your portfolio, tell them that you’re going there to look for an agent.”

Some models like Anna were promised a legitimate work visa, but were told by TMM staff that timing constraints meant that they needed to enter first on a tourist visa. They never got around to sponsoring a legal work visa for Anna. Once models were illegally in America, they were trapped by the agency for fear of deportation and the end of their prospective careers. Blais, Kate, and Anna all stayed in a small apartment in New York City that had two bedrooms crammed with bunkbeds. The models were forced to pay absurdly high rent to TMM and had no choice but to stay put and stay silent.

Blais eventually received a work visa, but Kate and Anna left America after working several months illegally. If anything, it was better that Kate and Anna got away from TMM sooner rather than later. After three years of steady work, Blais earned a total of $8400; TMM took everything else from her in the form of commissions and required fees for housing, beauty treatments, etc. “It was like modern-day slavery” said former model Rachel Blais.

Kate went on to a successful career with a different, more reputable agency. She says, “My overall experience [with TMM] was not a very good one. I left with a bad taste in my mouth. I didn’t like the agency. I didn’t like where they had us living. Honestly, I felt ripped off.”

Ironically, the specific work visa that Blais (and Trump’s former-model wife Melania) received, H1-B, has been demonized by Trump himself. Trump routinely demands intense reform of H1-B visas, which were designed to bring in highly skilled tech workers. On top of using illegal immigrants, a practice he claims to loath, Trump also used the same category of visa that he pretends to be so staunchly against.

Trump is attempting to ride a wave of populist isolationism to the top in November. It is a clear attempt at a power-grab since he has spent his life pursuing the antithesis of his policies. Trump does not care about illegal immigration – he cares that he can use it to make money, and that he can use fear of it to win political power.

Add your name to call on prosecutors to ARREST DONALD TRUMP for his crimes!Advertisements
Tags
immigration models style Trump