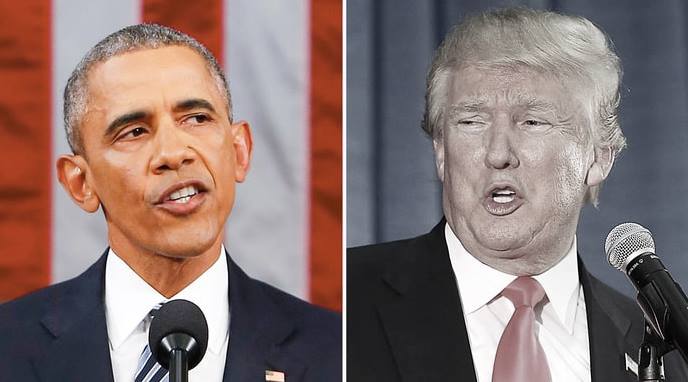 The White House has officially weighed in on the Colin Kaepernick uproar that has prompted menacing, un-American language from the right wing, including Republican nominee Donald Trump. 49ers player Kaepernick refused to stand for the national anthem at a recent game, telling the press, “I am not going to stand up to show pride in a flag for a country that oppresses black people and people of color. To me, this is bigger than football, and it would be selfish on my part to look the other way. There are bodies in the street and people getting paid leave and getting away with murder.”

“Well I have followed [the Kaepernick story], and I think it’s personally not a good thing. I think it’s a terrible thing. And you know, maybe he should find a country that works better for him, let him try, it won’t happen.”

According to Trump, Americans should acknowledge that America is truly a special place to call one’s own country, which it is; but Trump also thinks that recognizing America’s greatness means shutting up and refusing to address problems or criticize aspects of America that aren’t working. Trump’s message here is not ‘make America great again,’ but rather ‘this is America, stop complaining and accept it.’

Obama Administration press secretary Josh Earnest entered the fray to give the White House’s statement on the incident. Earnest noted that Obama is a big sports fan and has been following the Kaepernick story closely when he told reporters,

“In general, what I can say is that I certainly don’t share the views that Mr. Kaepernick expressed after the game in explaining his reasoning for his actions. But we surely all acknowledge and even defend his right to express those views in the settings that he chooses. Even as objectionable as we find his perspective, he certainly is entitled to express them.”

American leaders are not elected to chastise and silence dissenting voices in the public; they are elected to defend the rights and liberties of every citizen. President Obama, unlike Trump, continues to accept Kaepernick as an American citizen despite his anthem protesting. Trump thinks that Kaepernick’s willingness to challenge America to be a greater country than it already is signals that he should start looking elsewhere for another country.

When Trump says he wants to ‘make America great again,’ he does not mean he wants to hear complaints and suggestions. Trump wants to tell America what its problems are and how they should be fixed, and he expects everyone else to put their heads down and follow. A true president leads by defending the Constitution and the rights of the American people, and staying accountable to their citizens. Not the other way around.

Marisa Manfredo
Marisa completed her undergraduate degree in 2013 at the University of Wisconsin with a double major in creative writing and media studies. She is an advocate of progressive policies and focuses her interests on gender equality and preventing sexual and domestic violence.
Latest Posts
Tags
Kaepernick obama style Trump