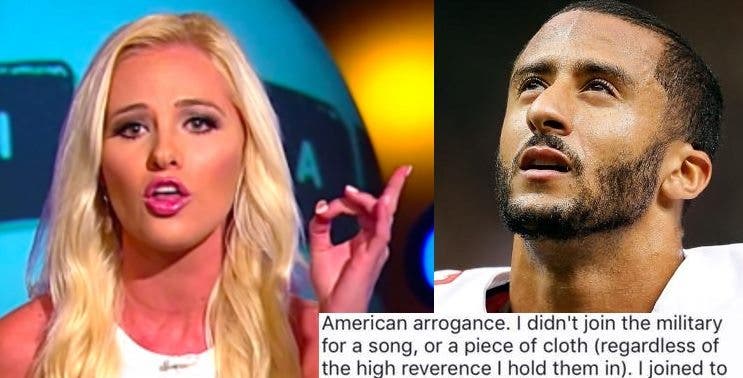 Host Tomi Lahren has risen to prominence among the far-right for her fiery rants on Glenn Beck’s media network, The Blaze. She’s notorious for openly extolling white nationalism and unashamed Islamophobia in her efforts to seize the seat of conservative postergirl after fickle conservatives turned on FOX News’ Megyn Kelly for the unforgivable crime of daring to ask Trump some serious questions.

Her most recent tirades against 49ers’ quarterback Colin Kaepernick have gone viral not for their content – they’re just reiterations of the same five or so complaints that conservatives use to disguise their racism with “patriotism” – but for the cold, sneering fury with which she delivers her remarks.

“What’s your contribution? Sitting there like a fool? What’s selfish is you, buddy. And what’s your message to black kids, to people of color? That their biggest contribution to justice and self-fulfillment is to parade around with a chip on their shoulder like a victim?

Apparently, just because Kaepernick was raised by white parents means that he isn’t allowed to comment on racial or social justice issues in the United States. Veteran David Kepford Meryhew doesn’t agree with that assessement, however, and issued this devastating response to the young pundit’s offensive outbursts: 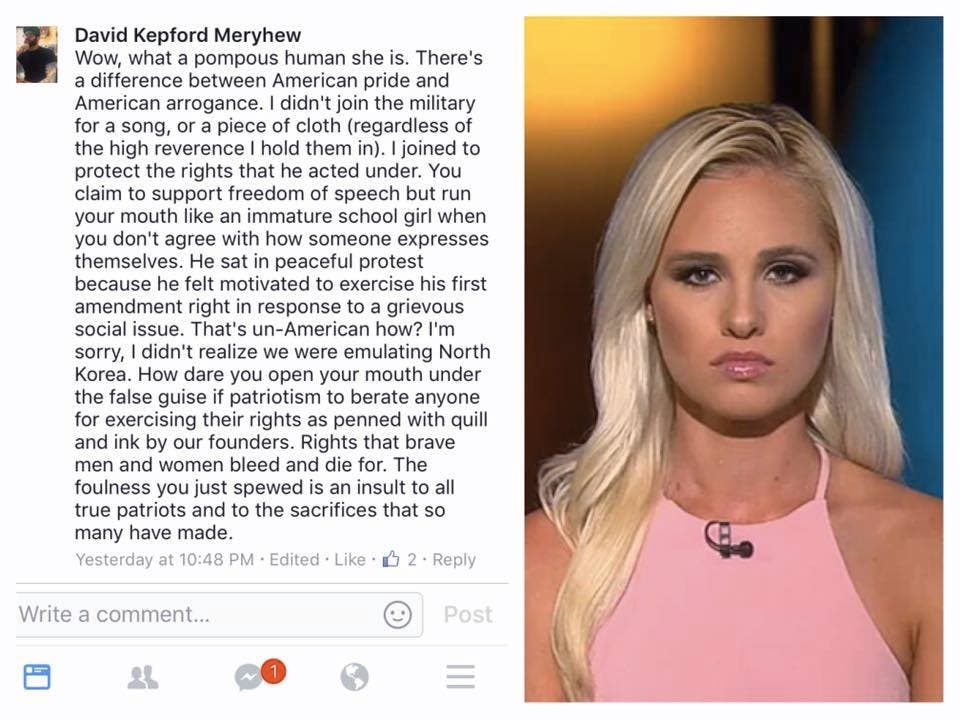 Couldn’t have put it better ourselves.