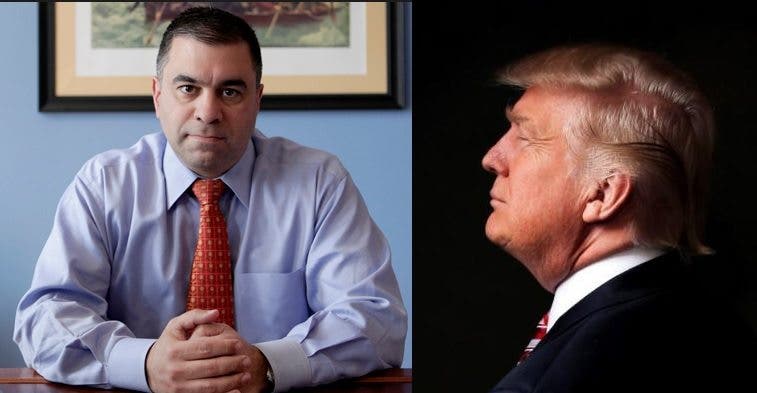 Colin Kaepernick Shuts Down Critics With This Noble Gesture

In the throes of desperation after having been publicly humiliated by Mexican President Enrique Pena Nieto, Trump has gone to the bottom of the barrel to see what other devious neocons and conservative propagandists he can possibly add to his team of malcontent protofascists and open racists – and he found a doozy.

The Trump campaign has hired David Bossie to be a “deputy campaign chairman.” Bossie is notorious in the political community for two reasons: he’s made his career fabricating lies and inciting witch-hunts against the Clinton family, and is also the man who founded Citizens United, the group whose lawsuit led to the disastrous 2010 Citizens United Vs. FEC ruling that opened the floodgates for dark money into our election system.

Bossie has been “investigating” the Clintons for over two decades. He is closely connected to Robert Mercer, the billionaire who backed Ted Cruz’s campaign but switched to Trump after the primaries. Mercer is closely linked to current Trump campaign manager Kellyanne Conway and adviser Stephen Bannon, the ex-CEO of fascist hate-rag Breitbart news. After the news broke that both Bannon and Conway are members of a secret conservative extremist coven called the Council For National Policy, we can only assume that Conway used her connections to bring the professional Clinton-hunter on board.

Bossie’s presence is a likely indication that we are going to be subjected to a fresh wave of imaginary scandals and the rehashing of old Clinton conspiracies yet again. For someone who claims to “belong to nobody” and to “work for the people,” it sure looks like Trump’s entire campaign is being directed by people who receive checks from a shadowy billionaire with a dangerous right-wing agenda. For someone who claims to be the victim of a rigged system, what are we to believe when he hires the man responsible for the rigging? After hiring serial sexual predator Roger Ailes, fascist ideologue Stephen Bannon, and now the man responsible for underming the integrity of our entire political system, David Bossie, who could possibly be next? David Duke?

Add your name to call on prosecutors to ARREST DONALD TRUMP for his crimes!Advertisements
Tags
Bossie citizens united style Trump