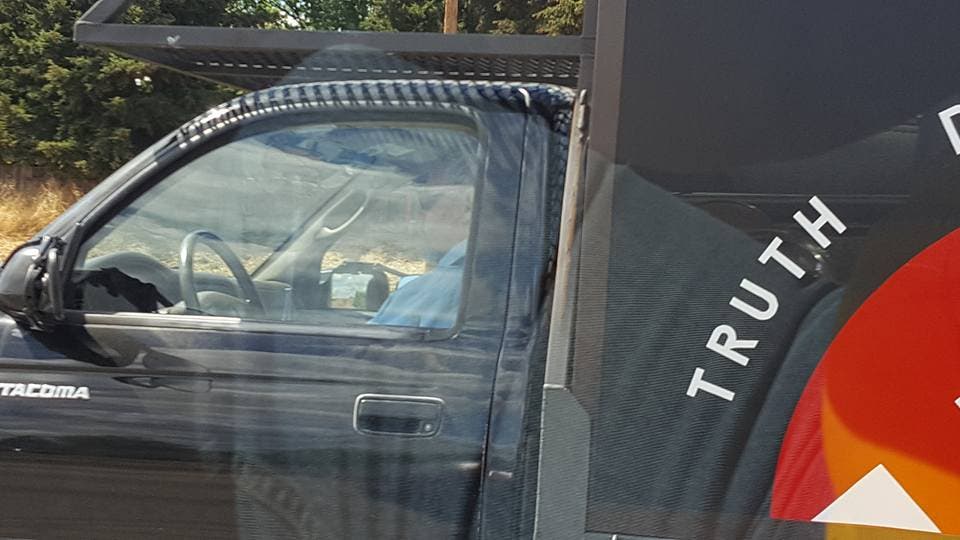 In case you needed any more proof that Donald Trump is bringing neo-Nazis and white supremacists out of the woodwork and back into the public eye, look no further than this unfathomably offensive vehicle spotted in Oregon: 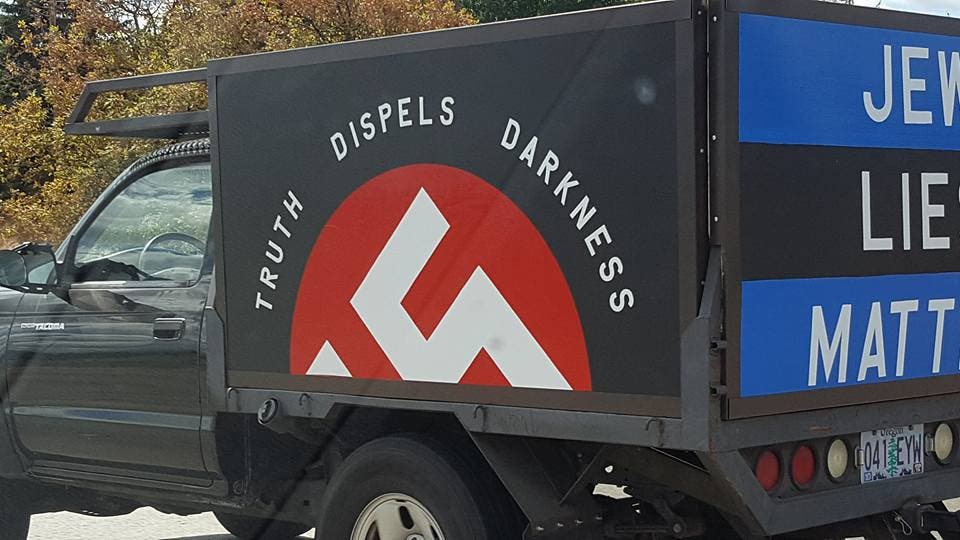 This truck is painted with half of what is clearly a swastika – and in case the intention was at all in question, the words “JEW LIES MATTER” are emblazoned on the back.

This is Donald Trump’s America, where racists are so emboldened that they are openly driving around in vehicles with genocidal symbols and anti-Semitic slogans. Former Ku Klux Klan grand wizard David Duke literally said that Trump is going to “make Hitler great again;” online white supremacist forums have declared Trump to be their “Savior,” and Trump himself has openly encouraged them with his ethnonationalist rhetoric and minority scapegoating.

Our nation was founded on the values of tolerance and cultural pluralism; while, admittedly, we’ve never been entirely successful in making those values a reality, we at least have always aspired to express them. Donald Trump is presenting a rejection of everything the Founding Fathers believed in and of the unity that made our nation a superpower in the first place. This open display of racism – with all of its genocidal connotations – is a truly disgusting sight to see in 2016. We can thank the Republican Party for cultivating that racism for decades before Trump brought it out into the open.

Add your name to call on prosecutors to ARREST DONALD TRUMP for his crimes!Advertisements
Tags
nazi orgeon racism style truck