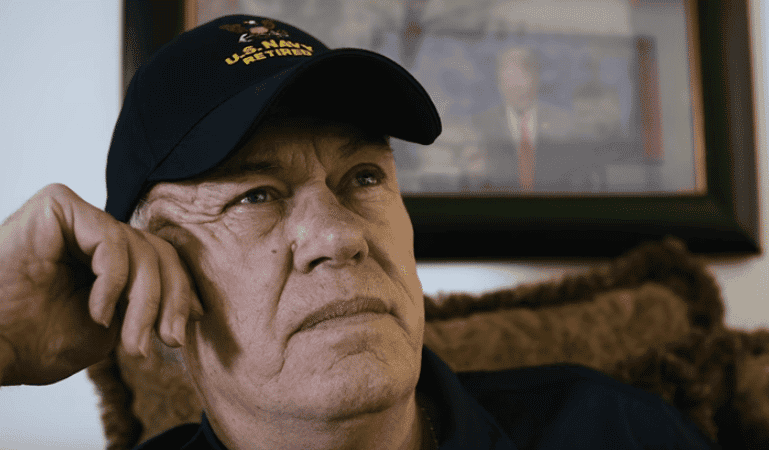 The Clinton campaign has just released a new 30-second ad starring a certain reality TV star’s discrediting slurs against veterans, Gold Star families, and the very idea of self-sacrifice in service to one’s country. By now the entire country knows that Republican Presidential candidate Donald Trump hates a lot of Americans for a lot of reasons, but his false sense of sacrifice has to be the most appalling part of his many flawed pronouncements.

The #TrumpSacrifices hashtag on twitter was spawned by the Republican’s desperate assertion in a television interview that paying to have his name put on big buildings was somehow a big “sacrifice,” when he was directly insulting the father of a fallen war hero for speaking out at the Democratic National Convention.

Just looking in the eyes of the veterans watching Trump’s despicable screeds, anyone can feel their palpable disgust. It’s still a shock to many that a major political party might nominate someone so disrespectful of the extraordinary sacrifices borne by our men and women in uniform for the presidency.

But this should be expected from Trump, whose own grandfather was deported, from his home country of Germany no less, and sent back to America because he dodged required military service. Donald Trump like his grandfather Drumpf also dodged America’s draft to avoid service in Vietnam, which compounds the wounds opened by his arrogantly selfish vision of “sacrifice” which quite possibly no other sane person on the planet might ever recognize as legitimate.