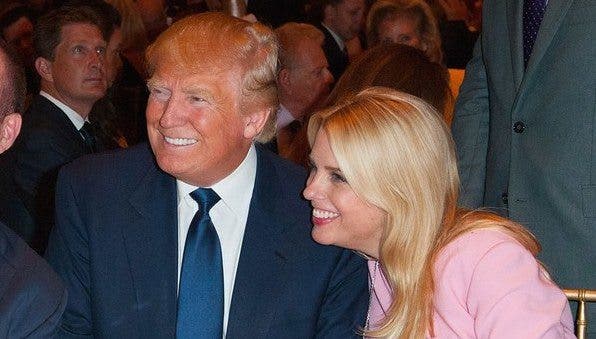 Republican Presidential nominee Trump bragged in the primaries about his pay-for-play skills, and after new payoffs to Florida Attorney General Pam Bondi that have been recently uncovered, this latest discovery is by far the largest, and the most damaging. Republican Presidential nominee Donald Trump gave Florida AG Pam Bondi a huge discount on use of the Mar-A-Lago property in Palm Beach, for her $3,000-per-plate fund raiser, which likely netted at least $150,000 in donations based on the cost of attendance and party statements about the number of guests. Donald Trump and daughter Ivanka also made yet another hefty donation in 2014 to the Republican Party of Florida on behalf of the Florida Attorney General, which earned them the title of “Bondi’s biggest single source of campaign funds.”

Amazingly, Donald Trump charges his own campaign’s clueless GOP donors at least $140,000 in rent whenever he swings through the fancy home – that he turned into private club. He made Mar-A-Lago available for a 50 person fundraiser to fete Pam Bondi for only $4855.65 and the event was held just five months after his first round of payoffs netted a dropped investigation of Trump University in what appears to be a major quid pro quo. According to the Huffington Post more money came from both he and Ivanka to the Republican Party of Florida in 2014 too:

Since he began his run for the White House, Trump has repeatedly claimed that Bondi is merely someone he has supported politically. But his fundraising efforts for her were extensive and varied: In addition to the $25,000 donation from his foundation and the star-studded Mar-a-Lago event, Trump and his daughter Ivanka each gave $500 to Bondi’s campaign in the fall of 2013. The following spring, Ivanka and her father donated another $125,000 to the Republican Party of Florida ― Bondi’s single biggest source of campaign funds.

Donald Trump also brought his decrepit pal, former New York Mayor Rudy “9-11” Giuliani to the event, which was co-hosted by polluting sugar magnate Pepe Fanjul Jr. and was co-hosted by Dickstein Shapiro, a national law firm who focuses on lobbying state Attorney Generals, which caused yet another major investigation into Bondi’s activities. 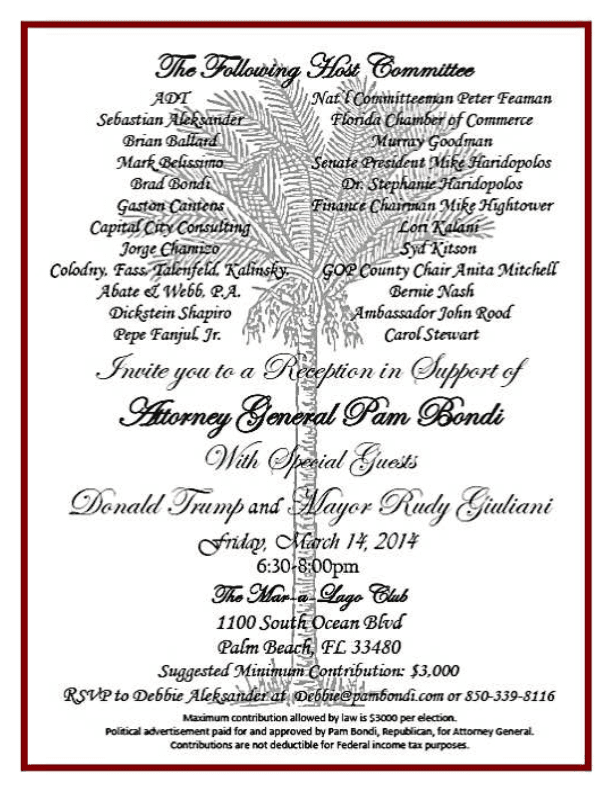 The Trump campaign has denied the pay-for-play allegations swirling around Trump University and Bondi, but the excuses ring pretty thin in light of comments made by the candidate throughout primary season.