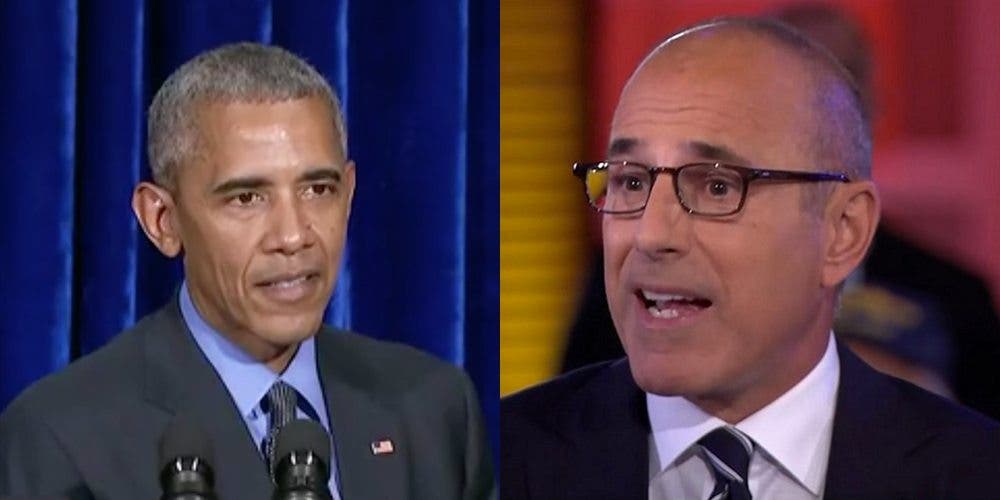 Reince Preibus Just Attacked Hillary, And Her Response Is EPIC

President Obama held a press conference today and ripped into NBC’s Matt Lauer for lobbing a series of softball questions at Donald Trump and failing to fact check even a single one of the answers, because grading on a curve is for school, not the Presidency. The President didn’t single out Lauer by name, but after last night’s squalid handling of the questions to the candidates, it’s obvious that the NBC Today Show host was at the top of his list of journalists who’ve lost touch with reality in grilling Democratic candidate Hillary Clinton about non-issues and giving free passes to the Republican Donald Trump for his lies, his blind conjectures, baseless assertions and overt racism.

I think the most important thing for the public and the press is to just listen what he says and follow up, and ask questions about what appear to be either contradictory or uninformed or outright bad ideas. There is this process that seems to take place over the course of the election season, where somehow, behavior, that in normal times we would consider completely unacceptable and outrageous, becomes normalized. People start thinking that we should be grading on a curve.

NBC’s Matt Lauer allowed the racist Republican candidate to spend thirty minutes talking to an audience of veterans without even once addressing his obscene disregard for Gold Star families, his complete lack of foreign policy knowledge and without even fact checking the pathological liar’s big lie of the night: denying the recorded, undeniable fact that he supported Bush’s War in Iraq before it was launched, and only changed his position in 2004 long after troops invaded. Lauer even forgot to ask Donald Trump about his multiple draft deferments to avoid military service in Vietnam. As an organization committed to factually accurate journalism, NBC News discredited itself last night in just a single night of fact-check free airtime for Republican nominee Donald Trump.

Sadly, the 2016 Presidential election will not be about the issues facing Americans in their daily lives and rather a referendum on competence which only Hillary Clinton can win, because she’s the only candidate who acknowledges issues and knows about national security and foreign affairs issues, while the other major party candidate does nothing more than entertain his audience with things he thinks they want to hear. Last night, NBC’s Lauer obsequiously allowed Donald Trump to claim that he had some sort of secret about President Obama without bothering to follow up or demand proof.

This morning President Obama understood that it was important to inform his audience about the most important basic fact of the 2016 election, before chiding the media for grading on a curve:

As far as Mr. Trump, I think I’ve already offered my opinion. I don’t think the guy’s qualified to be President of the United States, and every time he speaks, that opinion is confirmed.

It’s hard to imagine that in a thirty minute, prime time interview, the question of the Republican candidate’s complete lack of knowledge in foreign affairs would be side-tracked, and that the former Secretary of State would be grilled over a closed investigation, but shamefully NBC News left nothing to the imagination and we can now replay their hour of false equivalence on recorded video, for years to come.

"I don't think the guy's qualified to be president of the United States" — President Obama on Donald Trump https://t.co/wAazcBbAyq