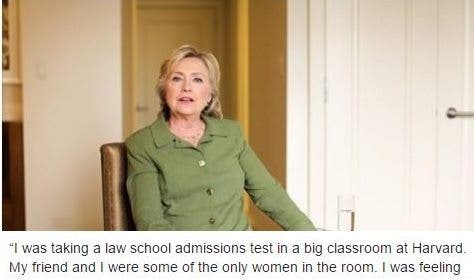 A post from the popular blog Humans of New York featuring the words of Democratic nominee Hillary Clinton has gone incredibly viral. In it, she solidly debunks the unfortunately well-established right-wing caricature that portrays her as “cold or unemotional” or as a “robot.”

The former Secretary of State and one-time First Lady has been prominent in the public eye for decades – and has been forced to endure a staggering, incessant bombardment of demeaning insults, dehumanizing smears, ridiculous conspiracy theories and misogynist attacks for her entire career. This post shows how she was forced to grow her iron shell early on in life, attracting harassment just for being a woman. 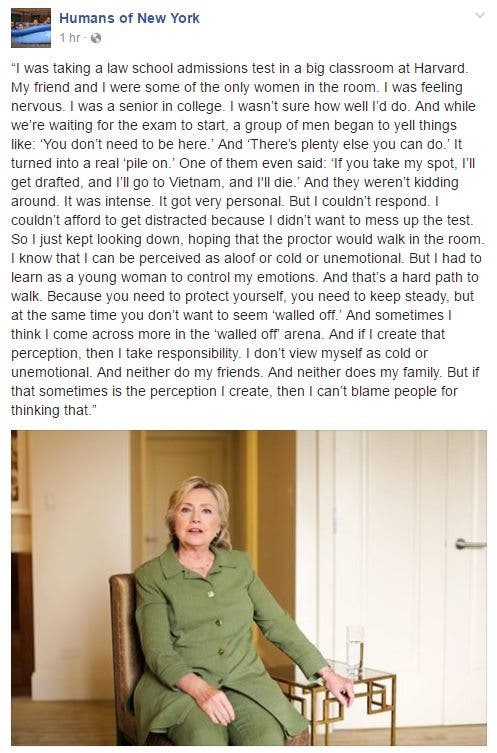 But it is just that formidable shield of steel that makes her possibly the most qualified candidate to ever take the American presidency.