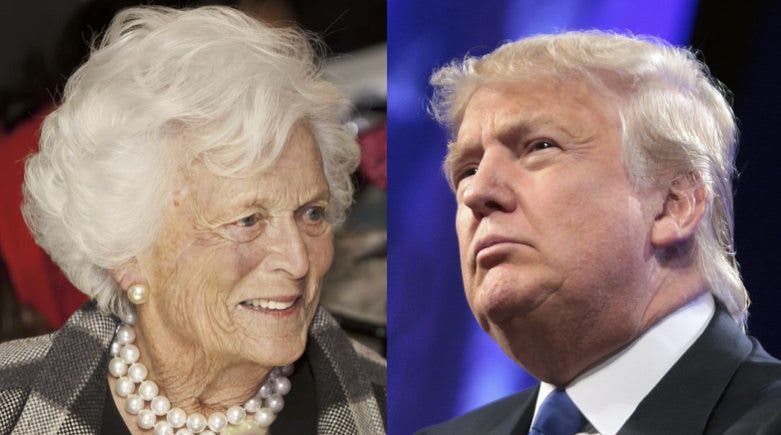 Given Trump’s recent leaked audio where he bragged about sexually assaulting women, it’s fitting that Pres. Bush’s mother refuses to endorse him and his misogyny.

“He’s like a comedian, or like a showman or something[…] I don’t know how women can vote for someone who said what he said about Megyn Kelly. It’s terrible. And we knew what he meant, too.”

She is referring of course to the notorious incident in which Trump implied that FOX host Megyn Kelly was menstruating to explain away her tough questions. He said there was “blood coming from her nose, blood coming from her…wherever” in a shamefully blatant misogynist attack.

Trump’s long history of disdain and exploitation of women is quite extensive. From the human-trafficking model smuggling agency he used to run to the allegations that he raped his ex-wife and tried to force himself on another woman, the horror stories told by his former employees, his insistence on surrounding himself with serial sexual predators like Roger Ailes and spousal abusers like Stephen Bannon, to his declaration that women who have abortions should be punished…it is really hard to see how any woman could stomach voting for this man.

Add your name to call on prosecutors to ARREST DONALD TRUMP for his crimes!Advertisements
Tags
Barbara Bush style Trump