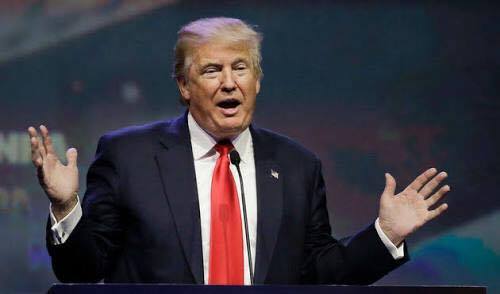 Donald Trump has long had a well-deserved reputation as the world’s least charitable billionaire, and it now appears that even the paltry sums he has officially “donated” may be significantly inflated.

Trump, who is immensely fond of bragging about his wealth, has described himself as an “ardent philanthropist,” and has made explicit promises over the past fifteen years to donate more than $8.5 million to charity. Even this figure would be minuscule compared to actual philanthropists; Stanley Druckenmiller, who is just behind Trump in Forbes’ net worth rankings, donates more than $100 million annually. In reality, however, a Washington Post investigation uncovered only $2.8 million that Trump had donated over this period, and less than $10,000 since 2009.

According to another investigation Trump has donated an infinitesimal $3.7 million ever, and the vast majority of that went to his own charity, the Donald Trump Foundation. In fact Mr. Trump isn’t even the largest contributor to his own charity. That dubious honor goes to World Wrestling Entertainment, whose boss Vince McMahon made an appearance of sorts at the RNC in July. Trump and his staff remain adamant that he gives away millions privately, but since he refuses to release his tax returns there is no way to confirm this. And as with most things his campaign will provide no details, with one spokeswoman recently saying of his donations that “there’s no way for you to know or understand.”

The Trump Foundation was already in hot water over an apparent quid-pro-quo corruption case in which $25,000 was donated to the Florida attorney general as she was considering investigating fraud charges against the (objectively fraudulent) Trump University. The case was dropped. The new revelations of tax discrepancies paint a picture of chronic and malicious corruption at the Trump Foundation. And yet it is a few cases of borderline influence-peddling at the Clinton Foundation that are making national headlines.

James DeVinne
James DeVinne is a student at American University in Washington, DC majoring in International Service with a focus on the Middle East and South Asia. He is a founding member of Occupy Baltimore and interns at the Tahrir Institute for Middle East Policy.
Latest Posts
Tags
charity donations style Trump