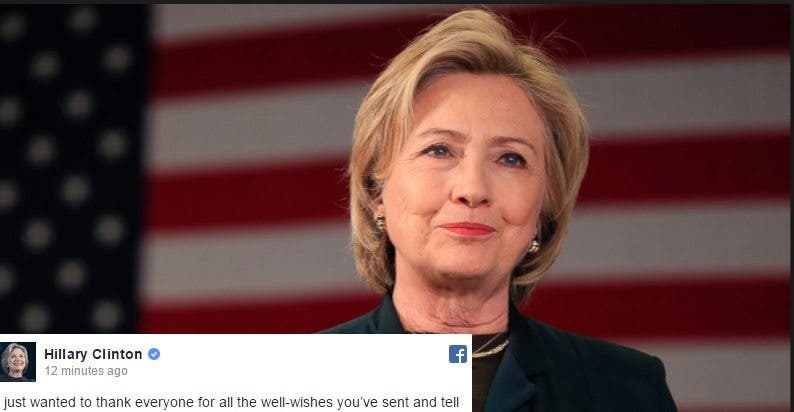 Democratic nominee Hillary Clinton took to Facebook today to assure her supporters and the Democratic Party at large that despite the death certificates being eagerly signed by right-wing conspiracy theorists, she is in fact fine, and will be back on the campaign trail in a few days.

While we are all concerned about the video which showed the former Secretary of State appear to stagger, we should be extremely impressed by the fact that she hid her illness from the public for so long while still soldiering on with her campaign work. She knows what’s at stake in this election, and she’s put her own health on the line in service of the American people. That kind of mental and physical fortitude matched with her decades of administrative experience and international diplomacy is what makes her possibly the most qualified person in America for the job of President – one we look forward to seeing her assume come November.