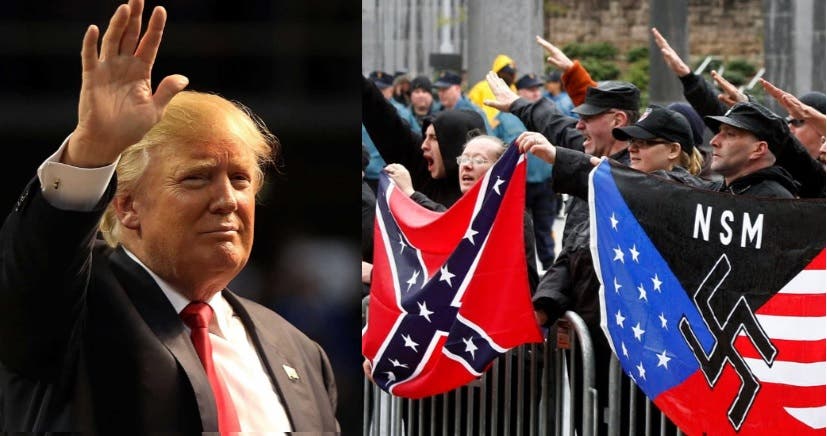 Michael Polignano is in charge of Counter-Currents.com, which regularly features articles about white pride and edifies Hitler as a hero. He also says former Imperial Wizard of the KKK David Duke is an inspiration. Polignano is a self-described “racist” which he wears as “a badge of honor.” Quite an honor indeed, if one is looking to go down in the history books on the wrong side of everything. Polignano is known to have wrote “Jews have to leave America” because they are the root of all out problem, that the white people are superior to black, and that history books are filled with “more than a century of lies about the Civil War and Reconstruction, and more than half a century of lies about the Third Reich and World War II.”

Both Polignano and Brimelow have been noted to have made substantial donations to Trump’s campaign, but the exact amounts can not be confirmed until FEC filings are released in the next few weeks. In the past, Trump’s campaign has rejected donations from leaders of racist movements as was the case with a $250 donation from William Daniel Johnson. However, Trump’s campaign only returned Johnson’s money after his donation was pointed out by members of the media. It remains to be seen if Trump’s campaign will once again be guilted into returning funds donated from racists whose funds were likely generated through disseminating hateful propaganda.

While the right-wing was outraged last week with Democratic presidential nominee Hillary Clinton’s description of Trump’s supporters as being “racist, sexist, homophobic, xenophobic, Islamaphobic — you name it,” these individuals certainly fit the bill.