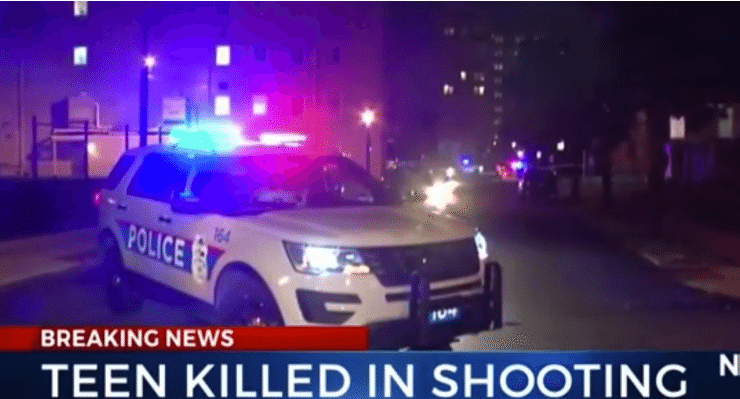 Ohio, cops shot and killed 13-year old Tyre King as he fled officers on foot, later claiming that the boy reached for his waistband. The Columbus Dispatch reported that Columbus PD says, “Tyree King died at Nationwide Children’s Hospital around 8:22 p.m., roughly half an hour after he had been shot multiple times by an officer in an alley near East Capitol Street.” The officer who murdered the boy, Bryan Mason, was involved in another police killing two years ago.

It’s another high profile police killing of a child in a state rocked by 12-year-old Tamir Rice’s untimely demise in Cleveland less than two years ago, and his killers entirely evaded the criminal justice system even though a surveillance recording of the incident showed that cops opened fire on Rice within two seconds of arriving on scene, and then they brutally tackled and falsely arrested Tamir’s sister as she ran to comfort her dying sibling, all while failing to render medical assistance. The only reason America knew so much about the tragic death of Tamir Rice was that surveillance footage, but Tyree King entered an alley and less than 10 seconds later died full of lead, and according to reports, none of it was recorded:

Police say that King matched the description of suspected mugger, but in any case no officer has the right to fire at a fleeing person unless they’re a felon with the explicit expectation of immediate harm to others.

Area resident Chris Naederer told NBC news about the fateful last seconds of Tyre King’s life, and being that he was the sole member of the public as witness, we know that King didn’t threaten his life in any way. Police claim that King did possess a BB gun with a laser sight, but Ohio is an open-carry state, so that is not a crime.

Even if it was a real gun, time and time again white folks in America have fired guns at cops and still been taken alive.

In any case, let us remind the population of America that robbery does not carry a death sentence, and that police are not allowed to summarily execute anyone without trial – especially not children.

The Ohio NRA is complicit in this tragedy by successfully lobbying against a law that would’ve placed orange tips onto BB-guns, like the one carried by Tyre King this week.

Sadly, it’s going to be impossible for Tyre King’s family to find justice in the criminal court system absent a confession by the Columbus cop who fired the fatal rounds. Tamir Rice’s family settled with Cleveland Police for almost $6 million dollars earlier this year, and it seems likely that taxpayer will be left on the hook in Columbus for yet another preventable tragedy when police kill teenagers instead of enforcing the law.

This article has been updated to fix an error. The child’s name was Tyre, not Tyree.

An official statement from the family will be released soon #TyreKing

Please make note that his name is spelled Tyre, not Tyree #TyreeKing

Add your name to call on prosecutors to ARREST DONALD TRUMP for his crimes!Advertisements
Tags
BLM style Tyree King