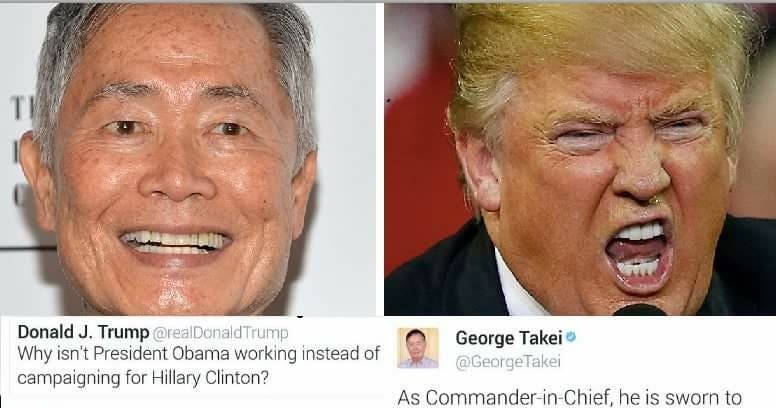 JUST IN: Dan Rather Scolds The Media For Coddling Trump In Defiant Rant

Donald Trump continued his barrage of incoherent attacks on President Obama today when he demanded to know why the President was campaigning for Hillary Clinton when he should have been running the country.

While Trump certainly could ask the same question of his running mate, negligent Indiana Governor and religious extremist Mike Pence, the question itself is ridiculous.

However, the beloved Star Trek actor and gay rights icon George Takei wasn’t about to let him get away with such a lazy swipe at our heroic President and nailed Trump with this zinger. 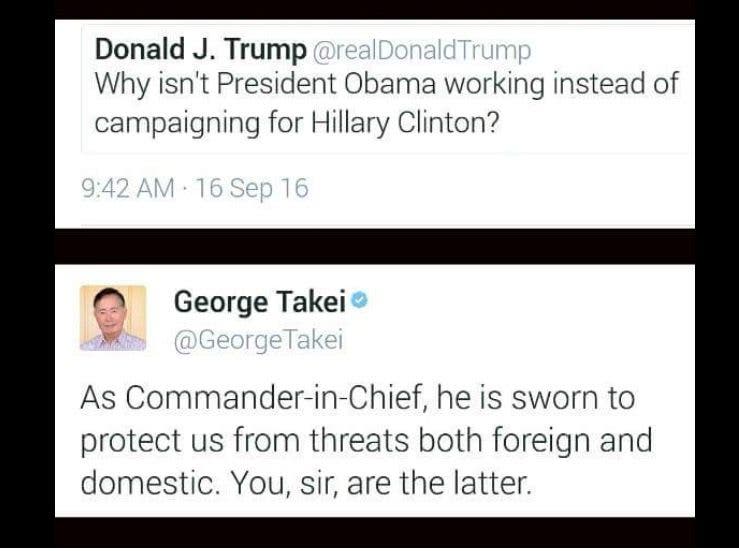 A soberingly accurate assessment from Mr. Takei. Trump’s racist platform and disdain for the Constitution is the antithesis of the values our nation was founded on, and it is indeed President Obama’s duty to defend the country from the threat of Trump.

Add your name to call on prosecutors to ARREST DONALD TRUMP for his crimes!Advertisements
Tags
george takei style Trump