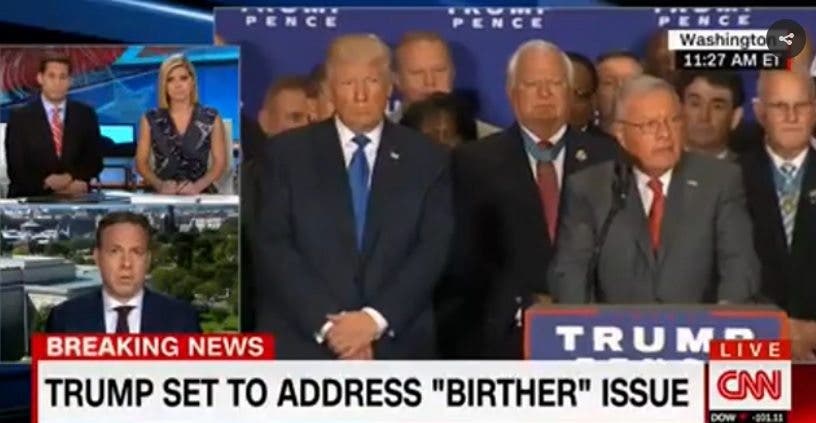 Busted: NOTHING In Trump’s New Hotel Is Made In The USA (PHOTOS)

The media is full of self-righteous indignation after realizing that Trump has fooled them into giving him free airtime yet again. Announcing a “major address” on the issue of President Obama’s birthplace, Trump merely said that Obama was in fact born in the United States, using the media opportunity to advertise his newly opened hotel.

All in all, Trump spent more time advertising his new DC hotel than he did on his “major address,” essentially laughing in the face of the media for taking him seriously and using his spotlight to help himself. All the major news networks cut away after several minutes.

“It’s hard to imagine this as anything other than a political Rick-roll” said CNN sycophant Jake Tapper. “We got played again by the Trump campaign” moaned his colleague John King.

“Obviously they are all greater men than Rick Astly, but it is hard to imagine this as anything other than a political Rick Roll. The idea being that we were told this was going to be Donald Trump addressing something that his top campaign advisers, many people in the Republican National Committee want him to address and clear up and then stop talking about, which is this lie that President Obama was not born in the United States… We were told he was going to do that, and instead they bring out a number of Medal of Honor recipients and heroes instead. It was very clever on one level, and on another level, it does speak to the integrity of the Trump campaign. They told us something was going to happen, and it is not happening.”

What it really speaks to is the appalling lack of integrity that our mainstream media networks have exhibited this campaign season. Perhaps if the media weren’t following Trump’s every move like a paparazzi does a Kardashian, discarding their journalistic ethics in pursuit of infotainment ratings they wouldn’t be “played” by the Trump campaign. Perhaps if they hadn’t given Donald Trump $2 billion in free airtime and treating his ignorant ethnonationalist rabble-rousing like a serious campaign platform we wouldn’t be on the cusp of having a dangerously unqualified thief, liar, and scam artist become the President of the United States.

The media clumsily attempts to adhere to “objective” coverage, but one can still be objective and treat obvious lies with the disdain it deserves. The idea that President Obama was not born in America is utterly ludicrous and easily disproven; yet eight years later, 66% of Trump voters believe that our President is a secret Muslim and only 29% believe he was born in the United States. We now live in a post- truth nation, and the media has nothing but itself to blame.

So spare us your hollow protests, Jake Tapper. You sat there and said nothing when Trump told you he doesn’t know what the Ku Klux Klan was.