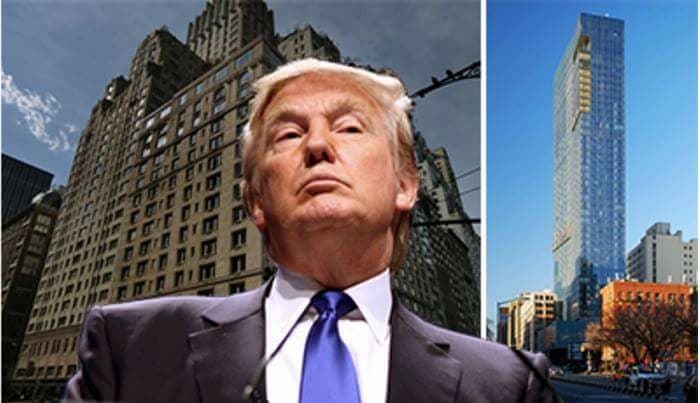 Republicans like to portray nominee Donald Trump as some sort of political outsider, but the New York Times just revealed that the ultimate insider connections handed down from his rich daddy, combined with a little bit of aggressive litigation against the New York City government, have yielded Trump a stunning corporate welfare windfall worth nearly one billion dollars.

One tax break alone – the one which launched Donald’s career with the Grand Hyatt – has yielded a $360,000,000 prize to Trump and his partners over the course of the last 36 years. The Times wrote:

Mr. Trump has reaped at least $885 million in tax breaks, grants and other subsidies for luxury apartments, hotels and office buildings in New York, according to city tax, housing and finance records. The subsidies helped him lower his own costs and sell apartments at higher prices because of their reduced taxes.

City officials initially estimated that the tax break on the Hyatt was worth $4 million a year to Mr. Trump. But according to a recent analysis conducted by the city’s Finance Department at the request of The New York Times, the actual annual giveaway was far higher: $6.3 million in 1983, rising to $17.8 million in 2016. The combined value of the forgiven taxes is $359.3 million, with four years left on the abatement. An extraordinary 40-year tax break… with four years still to run, on a property that cost only $120 million to build in 1980.

Donald Trump falsely touts his financial “success” as a job qualification, but the sad reality is that his daddy Fred Trump was so powerful in New York City politics, he was nearly able to turn his blond second son into a billionaire developer with tax money alone.

But sometimes even daddy’s money and daddy’s connections weren’t enough to make Donald Trump’s trust funds grow, so the developer sued the City of New York to demand tax subsidies legislated to develop uninhabited properties to develop his signature Trump Tower over a formerly signature department store Bonwit Teller – which he demolished with illegal labor to boot – and to develop another property on Manhattan’s east side as well:

Mr. Trump successfully sued the administration of Mayor Edward I. Koch after being denied a tax break for Trump Tower, his signature building on Fifth Avenue. Two decades later, in a lawsuit that spanned the administrations of Mayors Rudolph W. Giuliani and Michael R. Bloomberg, he won a similar tax break for Trump World Tower, a building on First Avenue with some of the city’s highest-priced condominiums in 2001.

The tax breaks for those two projects alone totaled $157 million. The tax break at the 44-story Trump International Hotel and Tower at Columbus Circle came to $15.9 million. No possible subsidy was left untapped. “His whole MO is to exploit the government for everything he could get,” said Jerilyn Perine, the city housing commissioner during the Giuliani and Bloomberg administrations.

Republicans did practically no vetting of Donald Trump’s lengthy business career during the nearly yearlong primary election season, and as a result here we are just seven weeks before a general election and he hasn’t even released his tax returns.

Worse, we are just discovering that the “fiscal conservatives” have chosen nominee for President for his wealth, when his main source of wealth is transfers from the government to his coffers and his father’s seed money, and eventually a signficant inheritance.

Trump is just an attention obsessed trust fund baby, whose only business success has been his efficiency at extracting corporate welfare from his local government.