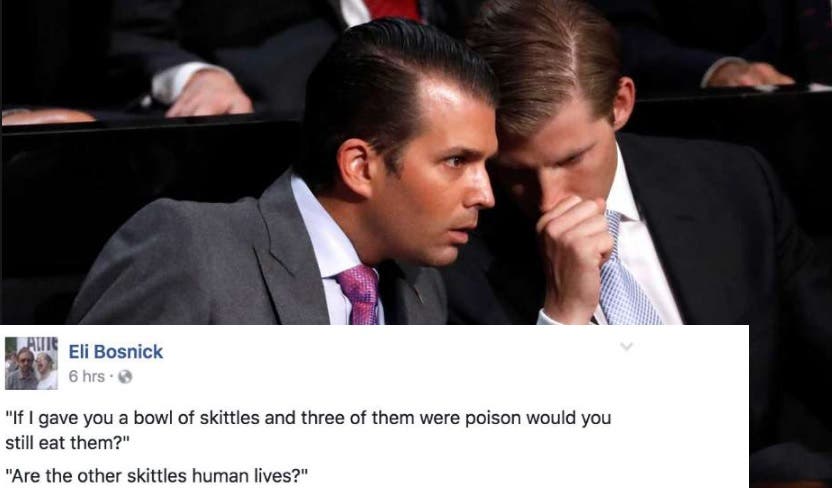 A few days ago, Donald Trump’s despicable spawn tweeted out a meme comparing refugees fleeing chlorine gas and napalm in Syria to “poisoned Skittles,” implying that allowing them to resettle in the United States would lead to increased terrorist attacks. Donald Trump Jr’s meme is referencing an idea with a long history in white supremacist and neo-Nazi thinking and is nothing but a heartless Islamophobic attack against innocent people fleeing an unimaginable hell on earth.

Over the past week, hundreds have perished as Syrian dictator Bashar al-Assad and his Russian allies rain hellfire upon the city of Alepp. Over half a million have perished in Syria’s civil war. Hundreds of thousands of people in cities across Syria are starving, trapped in besieged cities with no way to get fresh food. Hospitals, markets, schools are bombed indiscriminately. Rebel-held areas are dominated by jihadi groups that institute harsh religious law; in regime areas, tens of thousands vanish into the depths of Assad’s prisons to be raped, tortured, and eventually killed. The people of Syria need our help. The conflict is of our making thanks to George W. Bush’s invasion of Iraq; our refusal to hold the Assad regime accountable for his crimes means we contribute to the slaughter being perpetrated every day.

Comedian Eli Bosnick gave an incredibly powerful explanation for just why the Skittles meme is so offensive – and how we should really feel about accepting refugees. 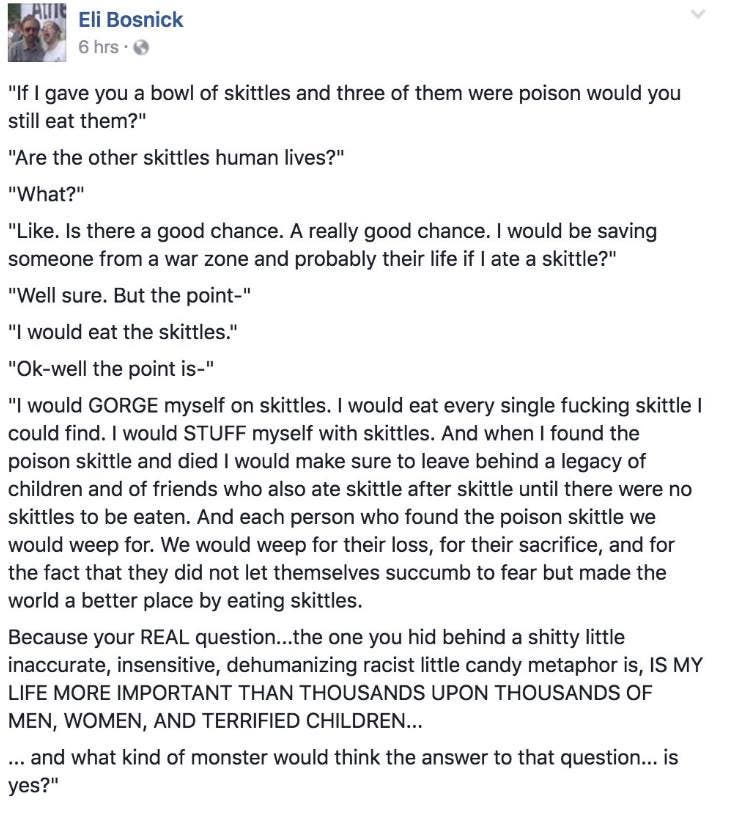 That’s what real courage looks like. That is how a REAL American, a real human, should feel.