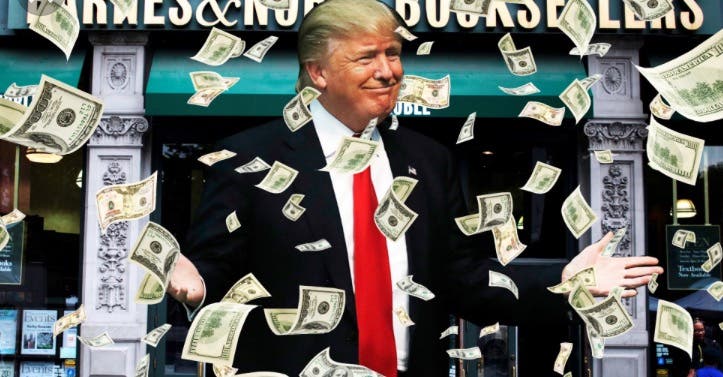 Trump’s latest escapade has been to swindle $1.6 million from the U.S. Secret Service for the honor and privilege of protecting him, according to FEC filings.

The Secret Service has a policy of reimbursing the campaigns of presidential candidates for the costs incurred due to various agents traveling with the candidate.

Typically a campaign will pay for the airfare of the Secret Service, and the campaign is then reimbursed those funds. However, Trump has found a way to make a profit through this policy by chartering planes to the Secret Service owned by, TAG Air, Inc, one of his companies. Therefore, the Secret Service – and the American taxpayer- are literally paying Trump.

This is in sharp contrast to Hillary Clinton’s campaign which has been chartering planes through Executive Fliteways, to which Clinton has no financial dealings or hopes of personal reimbursement. One’s imagination does not require a stretch to see the outrage amongst fanatical Trump supporters if Clinton were profiting from her travel, but selective outrage is their stock and trade.

Trump’s campaign says there is nothing illegal about what they’ve done. A spokeswoman of Trump’s campaign, Hope Hicks, said, “Everything was done in accordance with FEC guidelines and regulations. Please direct further questions to USSS.”

Along with Secret Service payments, Trump may also be soaking news organizations for the costs of journalists traveling with his campaign for the same reasons. It is also possible the Secret Service has been forced to pay Trump when their agents sleep in his grotesque golden hotels, as Trump stays at his own properties whenever possible. This is likely because he enjoys sleeping on the cheapest Chinese made beds money can buy.

Lou Colagiovanni
Lou Colagiovanni is an investigative journalist living in Las Vegas who specializes in politics and crime. His work has been highlighted all over the world and he is regularly featured on television and radio.
Latest Posts
Tags
secret service style Trump