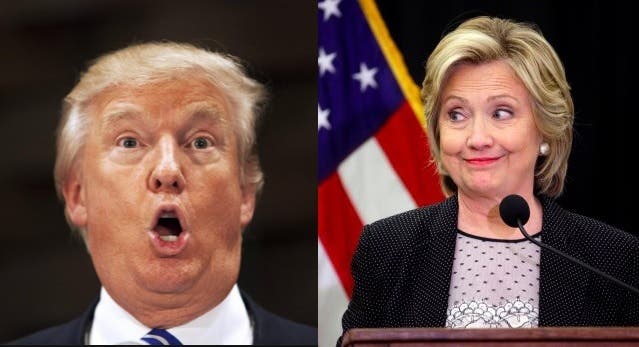 JUST IN: Houston Mass Shooter Was Dressed In Nazi Uniform

Considering that Republican nominee Donald Trump  averages one lie per 3.5 minutes of public statements, their graphics and fact check teams will be working overtime, according to Politico:

Bloomberg TV will conduct on-screen fact checks of statements made by both Donald Trump and Hillary Clinton during Monday night’s debate, POLITICO has confirmed. The channel’s decision to conduct an on-screen fact-check sets Bloomberg apart from the other major TV networks, none of whom have committed to doing on-screen fact checks during the debate. Most will leave the fact-checking to segments in the post-debate analysis coverage.

NPR is also planning an aggressive fact checking strategy in their online news offerings, and all of the networks plan to check facts after the candidates leave the stage, but in this extraordinary election there’s no better time than when 100 million Americans and people around the world watching live.

Hopefully, all of the major broadcast news networks will make the effort to upgrade their fact checking teams in time for the last two debates, one of which moderated by Fox News’ Chris Wallace has already been announced as a fact-free debate.

Facts don’t matter much to Republican voters or Trump supporters, but to the moderates and independents who don’t know what policies are at stake in this year’s election, they’re very important, and should be what they base their voting decisions upon.

Hillary Clinton and Donald Trump will only share a stage tonight and for two other nights – if all goes as planned with the next two debates – so there’s limited time to disseminate what’s factual versus what isn’t to American voters immediately while attention is on the truth. Unless we want this election to truly usher in a “post-truth” era where information is accepted regardless of its relation to reality, we must hold Donald Trump to the truth. We cannot allow him to lie to the American people any longer.

Tonight’s debate begins at 9pm. You can click here to watch online.