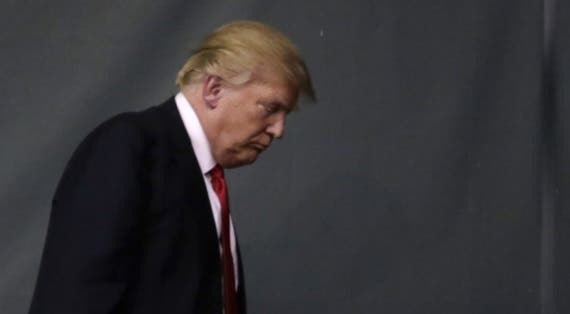 Donald Trump’s efforts to attract any kind of support from the African-American community has not gone well. After blatantly whitewashing four hundred years of oppression and enslavement by telling American blacks that they’ve “never had it worse” and then telling his supporters that the police brutality protests in Charlotte were due to “drugs,” Trump’s campaign tried to visit a civil rights museum in North Carolina to for a cheap photo-op – but couldn’t even muster the effort to pretend to be sincere about it, and he was resoundingly denied:

“We did not honor the request of the Donald Trump team because we thought they demonstrated, in their approach was disrespectful” said the co-founder of the International Civil Rights Center and Museum, Earl Jones.

“The approach, the type of disrespect, pretty much a demand and bullying us to use the museum in their manner and their way in their time,  it was inappropriate and I think it’s probably reflective of the type of insensitivity of civil rights and human rights that’s reflective from Trump over the years.”

Jones complained that Trump’s staff was “aggressive” and “rude,” and that Trump’s camp apparently demanded that they close the museum for five hours to accommodate him. “We have equal treatment for everyone coming to the museum and we welcome everyone to the museum but we are not going to allow the museum to be used for political gain.”

While it’s not a surprise to learn that the members of the Trump campaign are rude, pretentious scumbags, it’s truly illuminating just how deep racism and self-entitlement runs through every level of the “Trump Train.” We applaud Mr. Jones and jeer at Trump’s people for being entirely incapable of pretending to care about the African-American community. His insistence that blacks have “never had it worse” implies that they had it better under slavery and Jim Crow, which is a white supremacist line of thought to the core. How any black American could support Trump is beyond comprehension.

Add your name to call on prosecutors to ARREST DONALD TRUMP for his crimes!Advertisements
Tags
civil rights museum style Trump