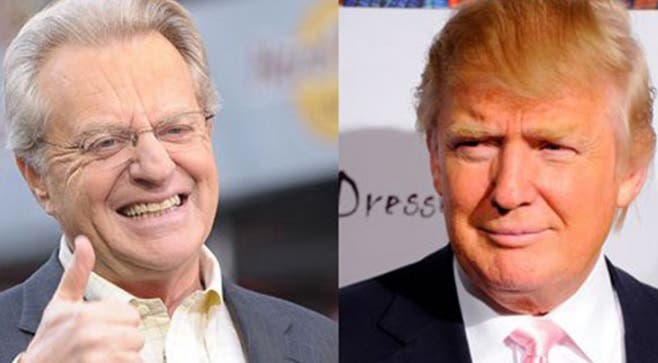 Millions of people tuned in Monday night to watch coverage of the presidential debate between Hilary Clinton and Trump. Going into the debate, election polls were pretty even, but after an incredible display of stamina, Hilary Clinton came out the clear winner, as reported by almost every media organization broadcasting the debate.

Following the debate, many public personalities took to Twitter to voice their opinion on the biggest political event of the last decade. But few were quite as hilarious and spot-on as former tabloid talk show host Jerry Springer of The Jerry Springer Show:

Hillary Clinton belongs in the White House. Donald Trump belongs on my show.

After years of hosting his colorful daytime drama, Jerry Springer is arguably the authority on unsavory characters, the criminal underworld, and white trash. And the truth is, Jerry Springer is right. Donald Trump is nothing more than a reality TV star who belongs in the tabloids more than he does in our living rooms being considered for president of the most powerful nation in the world. Luckily, tonight it really showed.