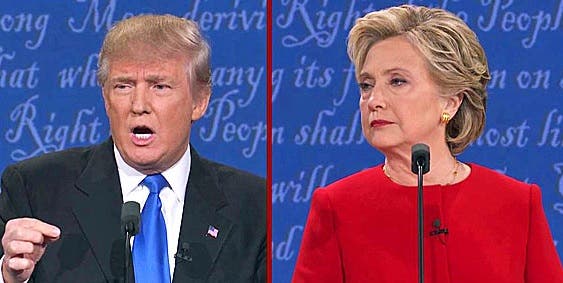 The first major polls of last night’s debate are out and show a resounding victory for Hillary Clinton across the board, whose poise, demeanor, and experience shown through in contrast to Donald Trump, who was repeatedly obnoxious and vapid in his babbling responses.

VOX rounded them up, and here’s the results:

A poll of debate watchers by CNN/ORC, which found that 62 percent thought Clinton won and 27 percent thought Trump did. CNN’s David Chalian emphasized on air that the sample was 10 points more Democratic than in a typical poll, but that’s still a strong win for Clinton.

A focus group of 20 undecided Florida voters by CNN found that 18 of them thought Clinton won.

And a focus group of Pennsylvania voters by GOP pollster Frank Luntz overwhelmingly thought Clinton had won. Libby Nelson has more details about that here.

That tremendous advantage for Clinton is crucial, given that some 50% of likely voters have said that the debates will help inform their decision. Facts, experience, and respect clearly matter to the voters, and last night’s debate showed once again that all three are on the side of Mrs. Clinton. 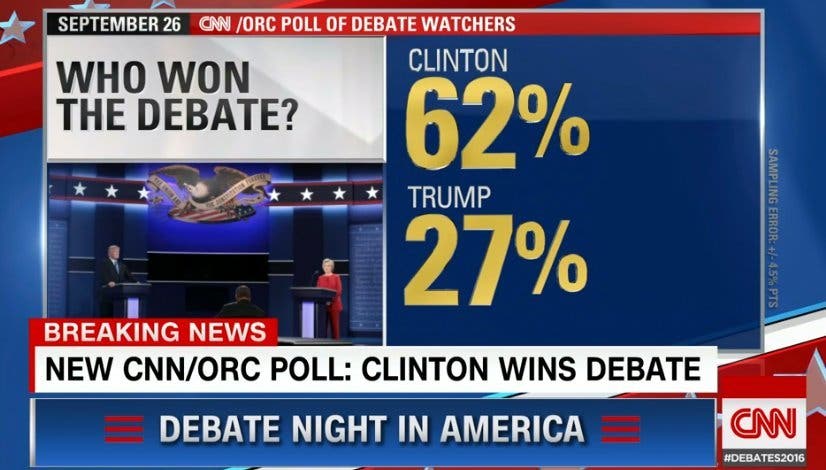