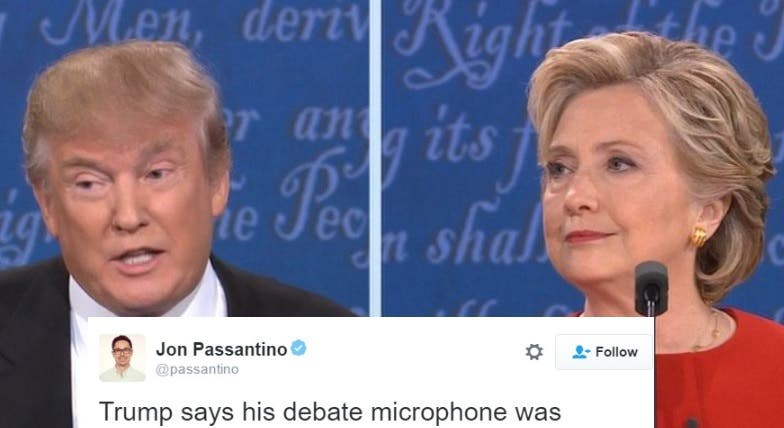 The Mexican Peso Just Skyrocketed Because of Hillary’s Dominant Performance

Republican nominee Donald Trump got thoroughly outplayed by Democratic nominee Hillary Clinton during the debate tonight, only capable of blustering and babbling in response to her cool and measured fact-based statements. Whether it was crime, national security, the economy, trade, or his own tax returns, Trump was on the defensive the entire night, unable to overcome the consequences of his own selfish decisions and the weaknesses of the incoherent rambles that pass for policy positions for the Republican nominee.

Immediately after the debate, Trump rolled out a pathetic excuse for his own failures tonight. 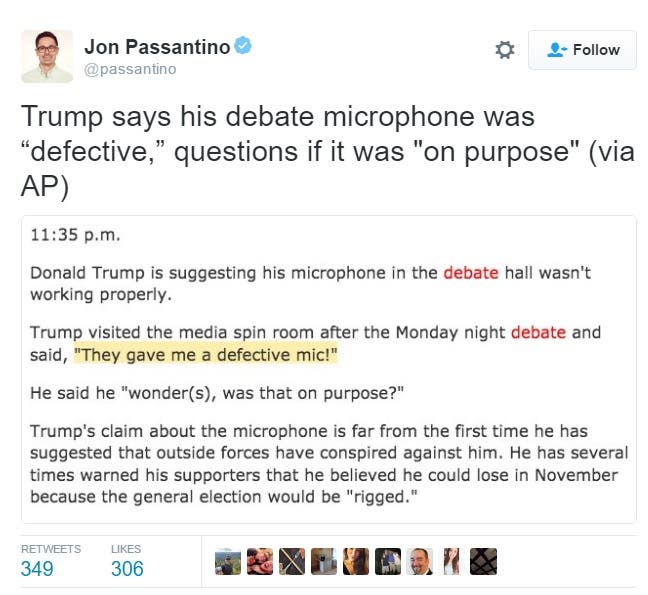 Trump is relentlessly sticking to this ridiculous notion that the system is “rigged” against him, refusing to admit that he’s shot himself in the foot so many times that the vast majority of the American people will be unwilling to support a rabble-rousing racist with an extensive history of shady business practices. Not only is it a shameful refusal to admit his own mistakes, but it’s an existential attack on our entire democracy.

His mic was clearly not defective, since he continuously interrupted both moderator Lester Holt and Secretary Clinton tonight and didn’t back down off from failed attempts to take cheap shots at the Democratic nominee. His childish behavior tonight illustrates that he is temperamentally unfit to be the President of the United States, and this pitiful response is just the cherry on the cake.

Add your name to call on prosecutors to ARREST DONALD TRUMP for his crimes!Advertisements
Tags
debate hillary style Trump