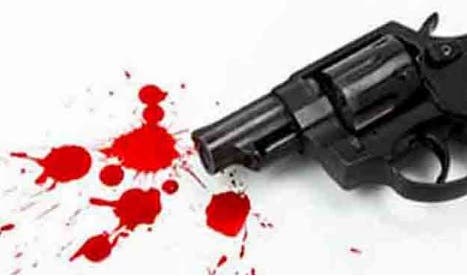 The “well-regulated” Second Amendment militia has struck again, this time in a horrifying fashion. A prominent Atlanta lawyer, Tex McIver, a senior partner at the firm of Fisher and Phillips, was being driven home by his chauffeur with his wife when they took a shortcut through the downtown area to reach his fancy home in the suburbs. Knowing there had been BlackLivesMatter protests in Atlanta over the weekend, the racist McIver began worrying about a carjacking when the driver took a wrong turn and went down some unfamiliar streets.

When he saw some “threatening figures” (read: black people), he took out his .38 snubnose revolver and left it in his lap. Falling asleep, they drove uneventfully until they hit a pothole, causing the gun in his lap to discharge, sending a bullet into his wife’s back and killing her.

Curiously, the car then took the woman to a hospital much further away – perhaps to get away from the “threatening figures?” Or to ensure that medical attention to his wife was delayed? “[T]he driver took the injured woman to a hospital on Clifton Road, 4 1/2 miles away. Piedmont Hospital is less than half that distance from the shooting scene” notes the The Atlanta Journal-Constitution.

Ironically, McIver is a member of the advisory committee of the Atlanta Bar Association’s Standing Committee on Gun Violence. He is known for his 40 years of work in labor law – defending big corporations against their workers demanding to be treated fairly.

Questions abound. Why was his wife seated upfront with the chauffeur? Why did it take them so long to get her to medical attention? Why has the Atlanta police “said almost nothing about the case?” As the Daily Report noted, it’s not even clear the police interviewed him at all. This suspiciously like foul play being somehow blamed on BlackLivesMatter and an Atlanta patrician’s personal racism.

The supposedly grieving husband, when reached for comment, “said this was ‘the worst I have ever felt’ before saying he had to attend a meeting that would last into the afternoon.”

His remorse is truly touching with its sincerity.

Colin Taylor
Opinion columnist and former editor-in-chief of Occupy Democrats. He graduated from Bennington College with a Bachelor's degree in history and political science. He now focuses on advancing the cause of social justice and equality in America.
Latest Posts
Tags
shooting style