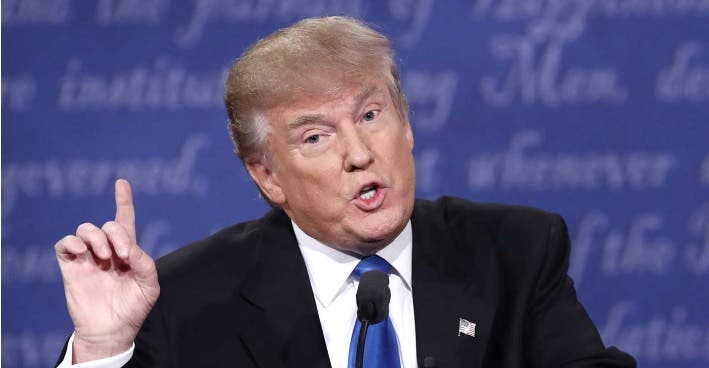 Trump Stunned As YET ANOTHER Bush Declares Support For Hillary Clinton

New revelations from the New York Times indicate that Republican nominee Donald Trump hasn’t paid any taxes in eighteen years after wrecking his businesses and exploiting investment incentives to avoid paying taxes. He has even tacitly admitted it when he responded to Hillary Clinton’s tax evasion accusation during Monday’s debate by saying “that makes me smart.”

Having long refused to follow tradition and release his tax returns to the public, we can only assume that the evidence from his 1995 tax returns confirms our suspicions that he, like the vast majority of the American ultrawealthy elite, doesn’t pay his fair share in taxes.

Which makes it horrendously offensive for Trump to shame the working class and insult them for not paying their fair share while he makes out like a bandit, using incentives designed to increase investments to fill his own pockets. In 2011, Trump went on FOX News to discuss President Obama’s call for the rich to pay more in taxes, and he trashed the people of America with a common Republican talking point:

Well, I don’t mind sacrificing for the country to be honest with you. But you know, you do have a problem because half of the people don’t pay any tax. And when he’s talking about that he’s talking about people that aren’t also working, that are not contributing to this society. And it’s a problem. But we have 50 percent. It just hit the 50 percent mark. Fifty percent of the people are paying no tax.

And again, in 2012, Trump repeated this insulting misrepresentation.

And again in 2015, Trump met with his sycophantic security blanket, FOX’s Sean Hannity, and again derided half the country as self-entitled “takers:”

The problem we have right now—we have a society that sits back and says we don’t have to do anything. Eventually, the 50 percent cannot carry—and it’s unfair to them—but cannot carry the other 50 percent.

While it’s true that half of Americans don’t pay any federal income tax, that’s because they don’t make enough money to qualify for it. But they still must pay other taxes, like Social Security and property taxes, which are a heavy burden for minimum wage workers.

The truth is that America does have a society that sits back and says they don’t have to do anything – the millionaires and billionaires of this country who have rigged the system to funnel the wealth of the American people to up to them while they leave the rest of us to struggle, working long hours and multiple jobs for wages that have been stagnant for decades while the rich get richer off the fruits of their labor. Judging from the way that Trump has run his businesses, a President Trump will surely wreck our economy in his efforts to keep himself and his patrician buddies flush with our money.