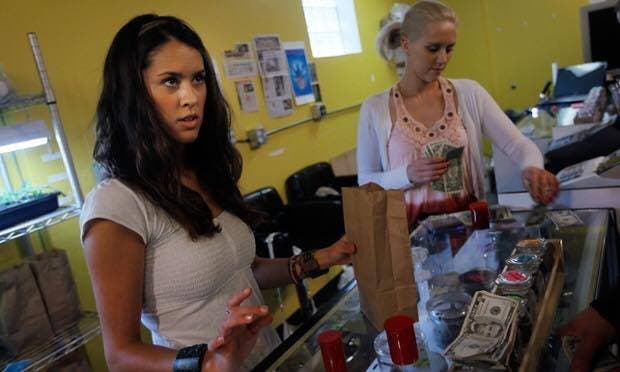 The raucous sensationalism of Donald Trump’s presidential run has distracted political attention from a number of important down-ballot measures that will be decided this November. Among these is marijuana legalization; with the issue on the ballot in five states, this election could be a major turning point in the campaign to end prohibition and dismantle the drug war. According to recent polling, majorities of voters in all five states support legalization of recreational marijuana.

In California, the implementation of Proposition 64, which would legalize, tax, and regulate the sale of recreational marijuana, seems almost certain. A poll of 3,020 voters in August found that 64% supported Prop 64, while another of 942 voters last month found that 60% supported the measure and 9% were undecided. California led the nation in legalizing medical marijuana in 1996 but shot down a 2010 measure that would have legalized recreational use of the drug. Since then, however, legalization has been implemented with tremendous success in Colorado, Washington, Oregon, and Alaska.

In Arizona, which leans much more Republican than most states that have implemented or are considering repealing prohibition, the polls have shown a dramatic swing in voters’ opinions in recent months. A survey of 784 voters in August found that 50% supported legalization and 10% were undecided, a remarkable change from a poll in July that found only 39% support for legalization.

In Massachusetts, the polling has been somewhat erratic. In the Spring a number of polls pointed to a slim but constant majority in favor of legalization, but by July, after a barrage of attacks on the measure by state officials including Governor Charlie Baker, support for the measure had declined to 41%. A recent survey of 700 voters, however, showed a return to the earlier results, with 53% supporting legalization and 7% were opposed.

In Maine, a poll of 505 voters last month found 53% supporting and 38% opposing legalization, numbers that have remained relatively constant since the spring. Maine has traditionally been at the forefront of eroding marijuana prohibition; the state decriminalized possession in the 1970s and was the second in the nation to legalize medical marijuana, while Portland, the state’s largest city, legalized the drug in 2013.

Legalization in all five states would spell a major victory for the campaign to end marijuana prohibition and could represent a serious boost in momentum as other states continue to debate putting the measure on the ballot. More importantly, legalization will be a victory for the tens of millions of residents of these states who are currently victim to anachronistic prohibition regime, and especially for the African-American and Latino citizens for whom drug laws serve as a justification for mass racialized incarceration and ubiquitous police abuses.