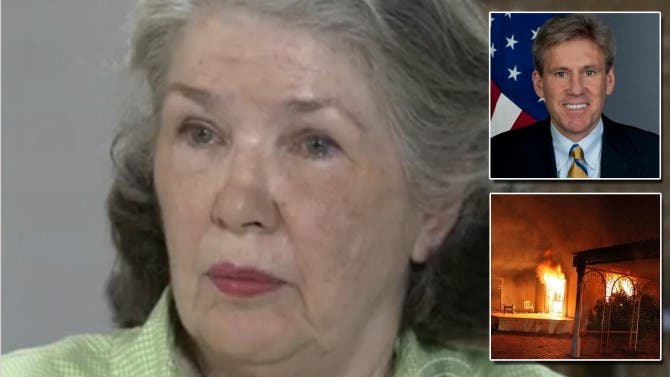 The deaths of four Americans at the American consulate in Benghazi, Libya, at the hands of a hundred and fifty Islamist militants, has become one of the most pervasive witch-hunts in American history. The conservative movement has seized on the tragedy at all levels, from their presidential nominee Donald Trump to Congressional committees to Midwestern radio talk-shows, all in an concentrated effort to smear the reputation of Democratic nominee Hillary Clinton.

In a little-known letter to the editor of the New York Times, the mother of slain Ambassador Chris Stevens politely demanded that the right-wing stop using her son’s death as a political battering ram and to show some respect for the lives lost on that horrible day.

As Ambassador J. Christopher Stevens’s mother, I am writing to object to any mention of his name and death in Benghazi, Libya, by Donald Trump’s campaign and the Republican Party.

I know for certain that Chris would not have wanted his name or memory used in that connection. I hope that there will be an immediate and permanent stop to this opportunistic and cynical use by the campaign.

Unfortunately, her request has been ignored by the vast majority of the GOP and the campaign of their nominee, who had the poor taste to devote a significant part of the Republican convention to blaming then-Secretary of State Hillary Clinton for the deaths, even though there was absolutely nothing that could have been done to prevent the attack short of magically teleporting a division of Marines across the ocean.

Investigation after investigation have found her to be without fault, yet the “lies of Benghazi” are now fully entrenched in the right-wing mythology surrounding Hillary Clinton’s career. It’s a downright reprehensible smearing of one of our nation’s most dedicated public servants, and it’s time the ghosts of Benghazi were allowed to rest.