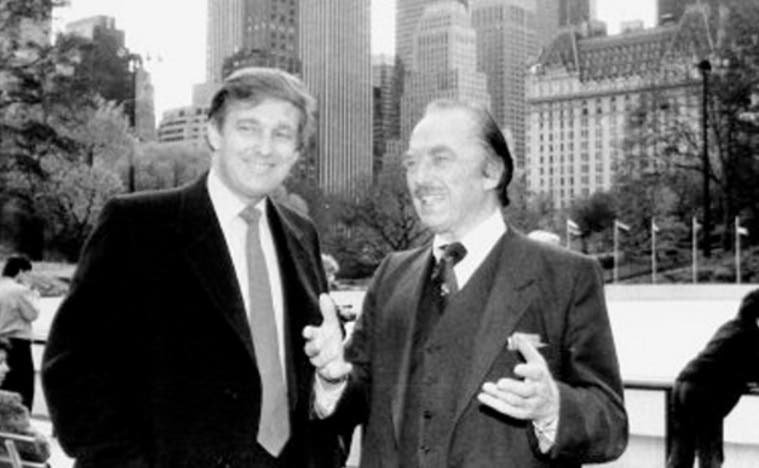 The whole world now knows that Republican nominee Donald Trump managed to lose almost a billion dollars in the mid-90s, but new revelations show his father had to arrange a private bailout after borrowing the 2016 equivalent of $132 million dollars at the end of the 70s. Fred Trump had so much clout he arranged for Chase Manhattan bank to extend a new multi-million dollar line of credit – equivalent to $26 million dollars today – to bailout his floundering son without even a personal guarantee. Fred Trump even got his son’s bank credit line raised by the equivalent of $11.4 million when The Donald over-drafted his account. Usually banks don’t like to lend people the money they need to pay themselves back, but when your father is loaded, credit officers think big.

Apparently, no bank would lend him additional amounts, so he turned to his father to rescue him. On September 24, 1980, Fred Trump arranged for a series of loans totaling $7.5 million to his son, which Donald Trump used to pay down some of the debt on his personal credit line. That same day, one of the Trump family’s companies, Trump Village Construction Corporation, lent Donald Trump an additional $976,238. All of the loans could be paid back at any time, and Donald Trump was not liable for any of the interest payments on them. Again, the rich are different.

In 1978, the same year that Fred Trump set up the credit line for his son at Chase Manhattan, Trump’s personal finances collapsed. By then, he had borrowed $38 million from his line of credit—the bank adjusted the available amount up by $3 million when Trump exceeded his credit limit.

All of this is further proof that Donald Trump didn’t launch his career with a small $1 million dollar loan (equivalent to $6 million today) from his father, but rather launched his career with decades worth of special assistance from Fred Trump.

What complicated enterprise was Donald Trump running in the 1970s? Was it just more of Trump’s “thinking big”? Nope. Donald Trump was nothing more than a landlord for Manhattan rental real estate, one of the most basic enterprises in all of business, and he just couldn’t hack it:

Losses came across the board. A number of Trump’s New York rental properties—on Third Avenue, Fifth Avenue, East 56th Street, East 57th Street, East 61st Street and East 67th Street—all were financial flops; Trump was forced to pay his own money for the operations of the properties because rental income failed to cover the cost. Partnership investments—Park Briar Associates, Regency Lexington Partners and 220 Prospect Street Company—contributed even more red ink. The interest owed to Chase Manhattan on Trump’s massive use of his credit line topped off the dismal financial performance.

The truth is that Donald Trump has always been a nightmarish business person, and his move from boring rental real estate into luxury property and casinos wasn’t spurred by any of the Republican nominee’s special talents. Everything Donald Trump claims to be today – besides portraying a successful developer on an NBC reality TV show – is nothing more than the remainder of the gracious larder that his daddy built on in the outer boroughs, then bequeathed to the racist Republican as his birthright.

Newsweek‘s Kurt Eichenwald concluded that “He is a self-made disaster who only avoided personal bankruptcy thanks to his father being there to clean up his messes.”