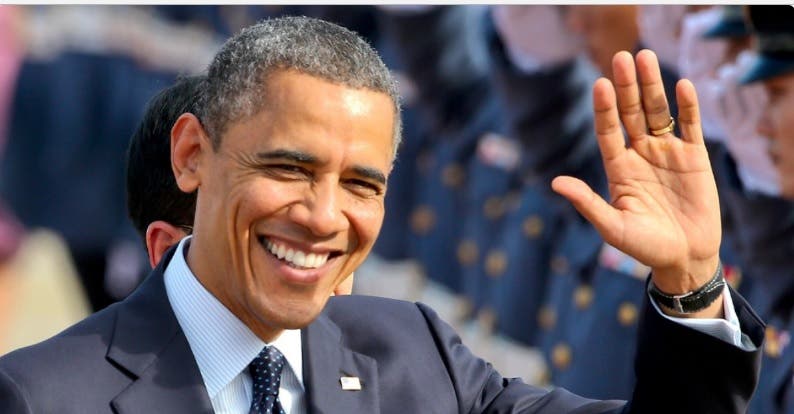 President Obama’s approval rating now stands at 55%, the highest mark of his second term, according to a new CNN/ORC poll. The new rating matches the best marks he’s received since his first year in office and stands as a testament to the American people’s ability to see through the poisoned rhetoric of the Republicans to the unambiguous benefits that have come from Obama’s presidency. The president’s 55% rating in his final year in office roughly matches that of Ronald Reagan at the same point in his term and far exceeds the historically low 25% approval mark that George W. Bush reached in his last year in office.

To listen to Donald Trump and his coterie of Republican fear mongers tell it, Obama has brought the country to the brink of disaster; that deliberately fabricated lie, however, is clearly at odds with the feelings of a significant majority of Americans, who recognize the progress made under Obama in areas as diverse as job growth and healthcare.

Obama’s approval rating has now exceeded 50% for more than seven months, the longest such period since 2009. This comes as a remarkable turnaround from a period of more than two years when the almost unprecedented campaign of Republican smears and distortions contributed to the president’s approval ratings remaining below 50%. The polarization that has come to define American politics is apparent in the fact that Obama’s approval ratings since his first year have remained entirely between 40% and 55%, avoiding either extreme highs or lows.

The demographic breakdown of the recent CNN/ORC poll reveals a mixed picture for the president, with his support having shot among some groups and barely budged among others. From a year ago his approval rating among Democrats is up 12 points to 89%, but among Republicans it has merely increased from 11% to 13%. Crucially, independent voters have increased their support for the president by 14 points to 56% over the past year.

Obama has also made considerable gains with white voters, whose approval rating is up 15 points to 47% from this time last year. He also gained among Hispanics, increasing his support from 60% to 68%, while African-American support remained steady at 86%. In an indication of the educational divide that Donald Trump’s campaign has underscored, 55% of college-educated whites said they approve of President Obama’s job while only 44% of whites without a degree did.

The poll was conducted via telephone by CNN and ORC between September 28 and October 2 and featured a random national sample of 1,501 adults. The margin of error is plus or minus 2.5 percentage points.

Add your name to call on prosecutors to ARREST DONALD TRUMP for his crimes!Advertisements
Tags
obama style