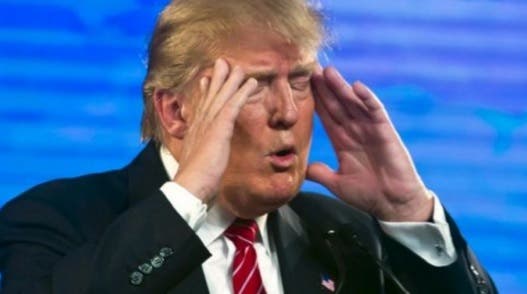 Trump Just Responded To Leaked Tape of Sexist Comments, And His Excuse Is PATHETIC

Newly unearthed audio obtained by The Washington Post shows Republican nominee Donald Trump making some truly deplorable comments about women. In a 2005 conversation with Billy Bush on Access Hollywood, Trump describes how he is obsessed with attractive women – and uses some astounding language to illustrate his lewd and predatory interactions with women.

After spotting a woman through the window, Trump says “I’m automatically attracted to beautiful women — I just start kissing them, it’s like a magnet…I don’t even wait. And when you’re a star, they let you do it. You can do anything… Grab ’em by the p–sy.”

He then went on to detail how he attempted to pressure a married woman into having sex with him:

“I moved on her actually, she was down in Palm Beach and I failed. I’ll admit it. I did try to f*ck her, she was married … and I moved on her very heavily. I took her out furniture shopping. She wanted to get some furniture and I told her ‘I’ll show you where you can get some nice furniture. I moved on her like a b*tch, and I could not get there, and she was married. And all the sudden I see her and she’s got the big phony tits, she’s totally changed her look.”

This is confirmation that not only has Trump been cheating on his wives his entire life, his aggressive language gives more credence to the multiple allegations of sexual assault against him. He’s made horrifyingly sexist comments about women before, but this bombshell will be the final nail in his coffin. It couldn’t be clearer that Donald Trump sees women as sexual objects there for him to take – by force if necessary – and it’s impossible to see how any woman could vote for such a chauvinist brute.

Listen to the remarks here: