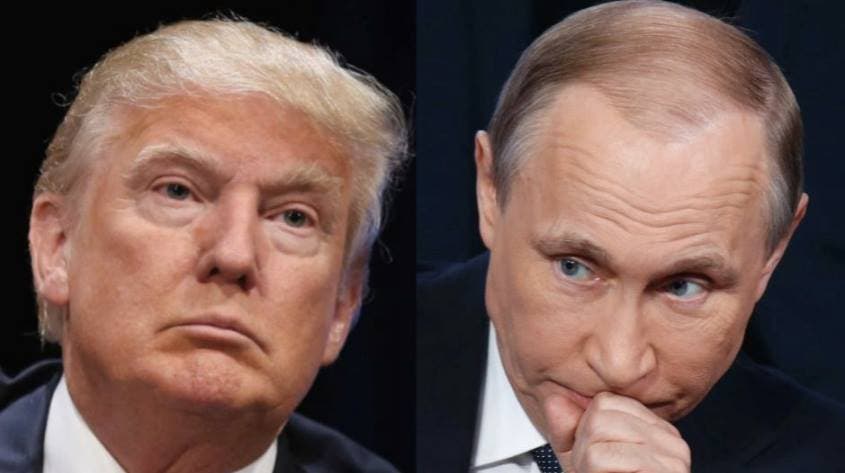 Donald Trump’s cozy relationship with dictator Vladimir Putin of the Russian Federation was made clear to the world when Moscow’s representative recently stood up for the Republican nominee at the United Nations after the burgeoning fascist rabble-rouser was condemned by top UN officials.

The UN High Commissioner on Human Rights, Prince Zeid Ra’ad al-Hussein of Jordan, roundly slammed Trump and other ethno-nationalist far-right anti-immigrant conservatives for encouraging the “banalisation of bigotry” and cultivating an “atmosphere of hate” in a September speech:

And yet what Mr [Geert] Wilders [of the Netherlands] shares in common with Mr Trump, Mr [Viktor] Orban [of Hungary], Mr [Milos] Zeman [of the Czech Republic], Mr [Norbert] Hofer [of Austria], Mr [Robert] Fico [of Slovokia], Madame [Marine] Le Pen [of France], Mr [Nigel] Farage [of the United Kingdom], he also shares with Da’esh (ISIS/ISIL).

All seek in varying degrees to recover a past, halcyon and so pure in form, where sunlit fields are settled by peoples united by ethnicity or religion – living peacefully in isolation, pilots of their fate, free of crime, foreign influence and war. A past that most certainly, in reality, did not exist anywhere, ever. Europe’s past, as we all know, was for centuries anything but that.

History has perhaps taught Mr Wilders and his ilk how effectively xenophobia and bigotry can be weaponised. Communities will barricade themselves into fearful, hostile camps, with populists like them, and the extremists, as the commandants. The atmosphere will become thick with hate; at this point it can descend rapidly into colossal violence.

We must pull back from this trajectory. My friends, are we doing enough to counter this cross-border bonding of demagogues?

In response, the Russian ambassador to the United Nations, Vitaly Churkin, issued a formal complaint to Secretary-General Ban Ki-Moon in a private audience, according to diplomats in touch with the Associated Press. The ever-oblivious Trump wasn’t even aware the speeches had been made and did not ask Moscow to intervene on his behalf, meaning that the Russians took it upon themselves to complain about the treatment of an American politician – “virulently,” according to witnesses – is an unprecedented event. A senior diplomat noted that Churkin specifically condemned the mention of Trump.

This kind of back-room politicking shows just how deeply invested the Kremlin is in securing a Trump victory. Putin’s armies of internet trolls have been caught hacking Democratic National Committee servers and flooding social media with pro-Trump posts; Putinist agents have wormed their way into Trump’s policy team, eager to take advantage of a charlatan who wants the prestige of the Presidency but none of the responsibility that accompanies it. Putin’s kleptocracy would win both a huge foreign policy victory and receive a huge boost to his personal finances should Trump win; for the sake of the free world and our democracy, we cannot allow that to happen.