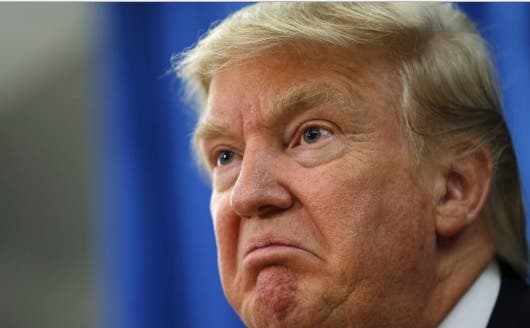 The Donald Trump camp has responded to the bombshell recording of Trump making lewd and sexually aggressive comments about groping women in the worst possible way – by trying to pass the buck and excuse himself with a most insincere apology. 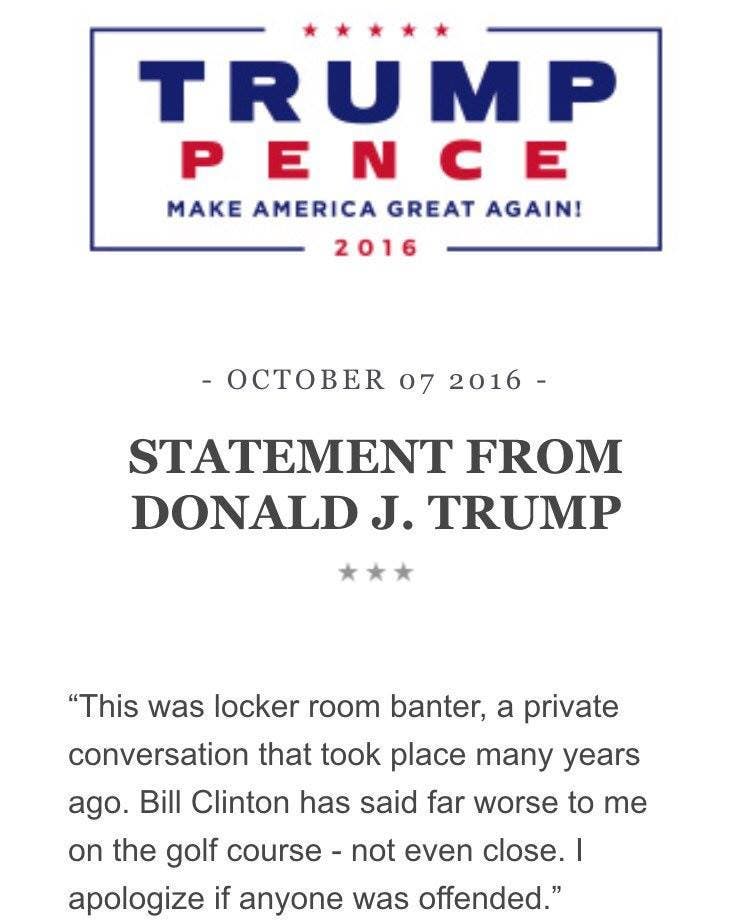 First of all, apologizing if anyone was offended is not the same as actually apologizing, as noted by the Daily Beast‘s Olivia Nuzzi. Secondly, there’s no recordings of Bill Clinton on said golf courses, and given how often the Trump campaign outright lies and considering that their knee-jerk response to anything is to blame the Clintons, there’s not much credibility there.

Most importantly, however, is that Bill Clinton is NOT RUNNING FOR PRESIDENT.

You are, Mr. Trump. Your comments appear to indicate a willingness to commit sexual assault, which gives much more credence to the multiple allegations of sexual assault that you’ve been accused of. You dehumanize women and reduce them to sexual objects, referring to their genitals as objects to be taken and grabbed. You openly speak of cheating on your wife and of coercing other women to cheat on their spouse. You are the living manifestation of white privilege and rape culture, and the American people deserve far better than you.